From Karting to F1 Winner, Take a look at Ayrton Senna’s greatest moments at Interlagos

Ayrton Senna was responsible for many memorable F1 moments at Interlagos, where other Brazilians had unforgettable wins, like Emerson Fittipaldi (1973 and 1974) and José Carlos Pace (1975), whom the raceway is named after. The 45th anniversary of Fittipaldi’s last triumph, by the way, takes place on January 27.

Senna’s history with Interlagos started in karting, years before the heroic victories in 1991 and 1993. Take a look back at some of these good memories of the three-time champion at Interlagos. 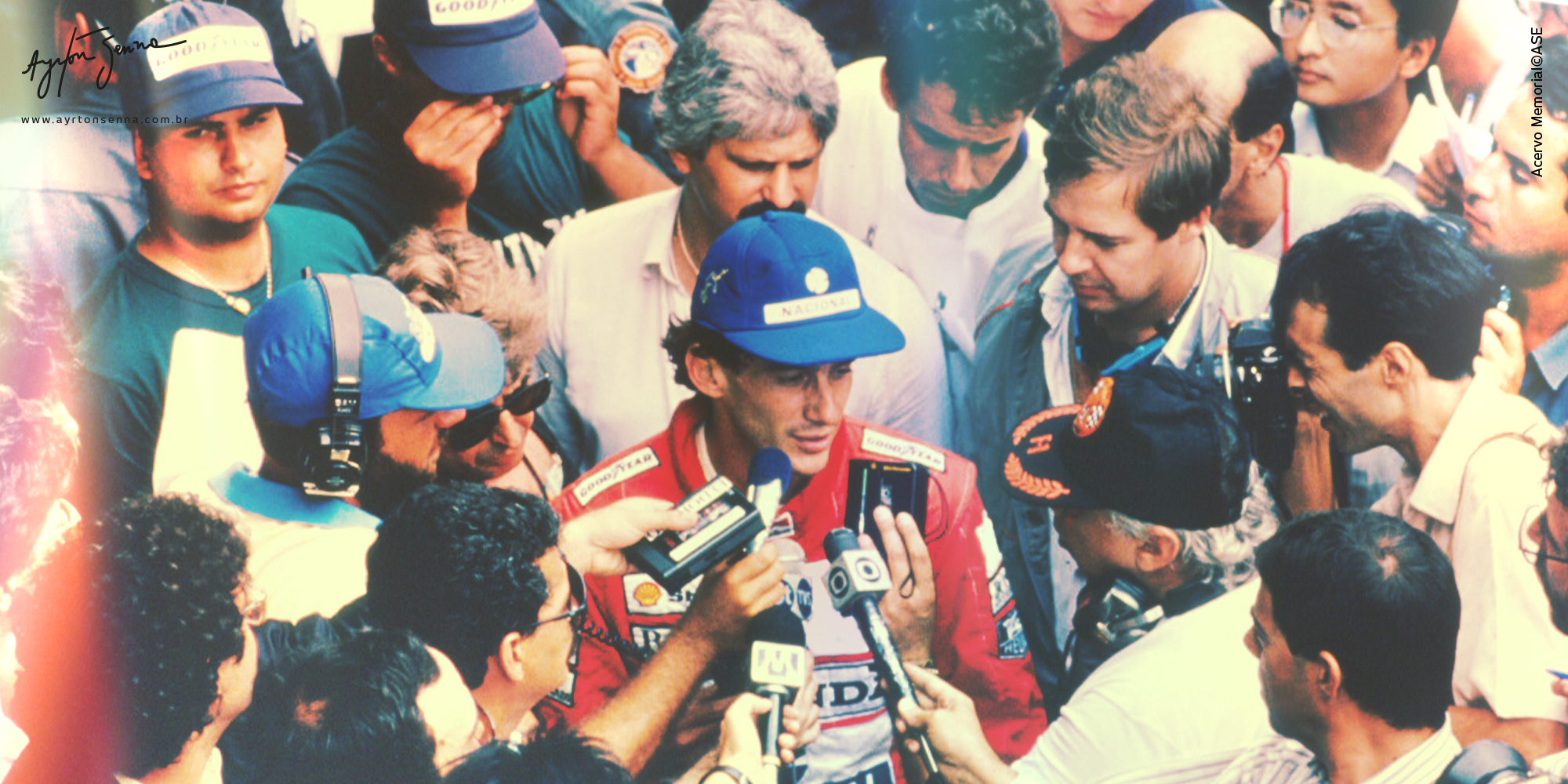 Between 1981 and 1989, the Brazilian GP took place at the Jacarepaguá Speedway, in Rio de Janeiro. But, in 1990, the race was relocated to São Paulo. Ayrton Senna acted as a consultant on the remodelling of Interlagos and helped redesign the track. With the changes, the track became shorter and gained an “S” right after the main straight (with the finish line). The sequence of corners was soon named the “Senna S”.

In the first F1 race at Interlagos after the changes, in 1990, the Brazilian driver had a real shot at a victory, but a crash with Japanese driver Satoru Nakajima, a backmarker, caused Senna to lose his McLaren’s nose when he was leading the race. Ayrton went to the boxes and was able to recover, but finished in third place. Despite reaching the podium in his debut at Interlagos, he wanted more in the following year. 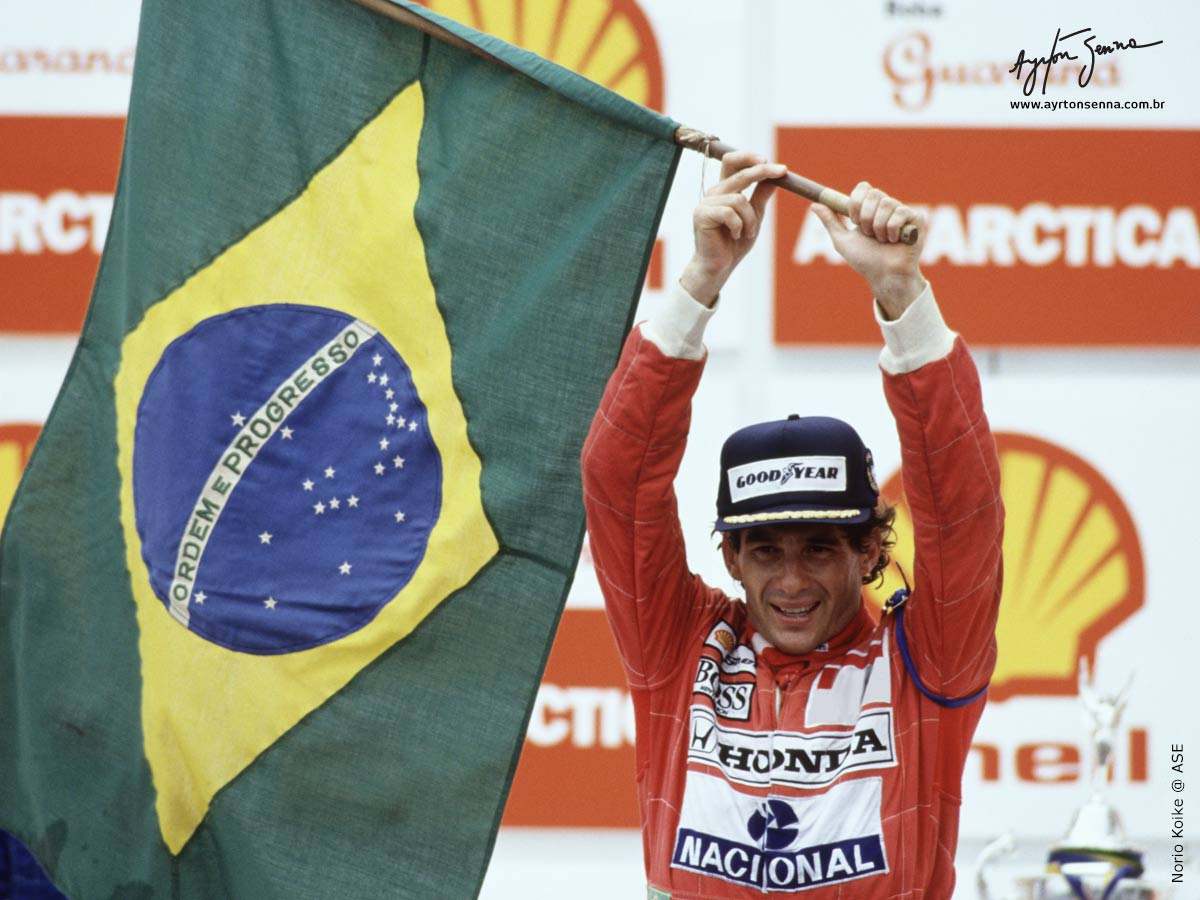 Ayrton Senna’s first win at the Brazilian GP took place in 1991. In the qualifying sessions, Ayrton secured the pole, but he knew Nigel Mansell and Ricardo Patrese, both Williams drivers, would make things hard for him. The Brazilian led for most of the race without being bothered by his rivals, and was 40 seconds ahead of Patrese entering the race´s final ten laps.

On the 65th lap, six away from the finish, the Brazilian idol realized his gear box was breaking down, but he fought as hard as he could to keep his car going. And even driving with only the sixth gear in the final laps, he was able to beat Patrese by three seconds, in a dramatic and moving finish for every Brazilian fan at Interlagos. 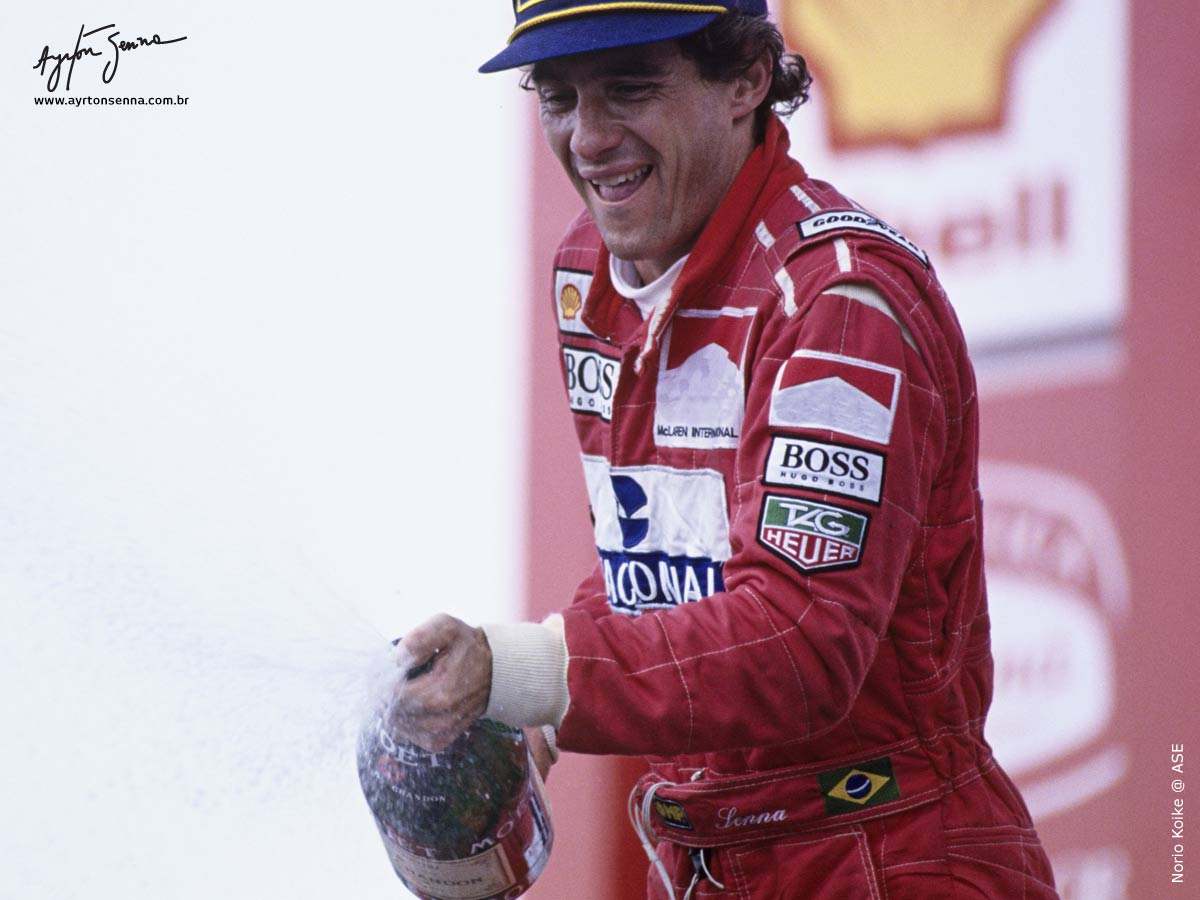 Ayrton Senna had a tough task ahead of him at interlagos due to the superiority of Alan Prost’s and Damon Hill’s Williams in the 1993 season. Starting in third, the Brazilian was hoping for a big twist, with the possibility of rain during the race.

And his prayers were answered – it rained so much that all sorts of things took place: nine accidents, different strategies involving rain and slick tires, and the first ever appearance of a safety car (for eight laps) in an F1 race.

Ayrton was punished for a risky manoeuvre and lost more than 10 seconds in the boxes. When the rain stopped and the track began to dry out, the Brazilian driver overtook Damon Hill and held on the lead with his McLaren until the chequered flag. As soon as Senna’s race was confirmed, the Brazilian crowd stormed the track to celebrate the three-time champion.

First win at the go-kart track 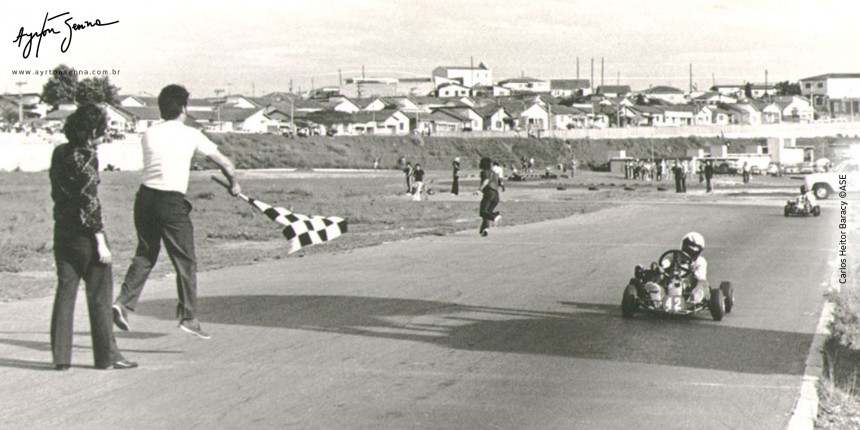 Ayrton Senna won his first official go-kart race at Interlagos, and today the circuit is named after him: the Ayrton Senna Go-Kart Track. It’s located behind the old Opposite Straight of the São Paulo raceway.  Senna’s first win on the track took place in July 1973, when he was 13. 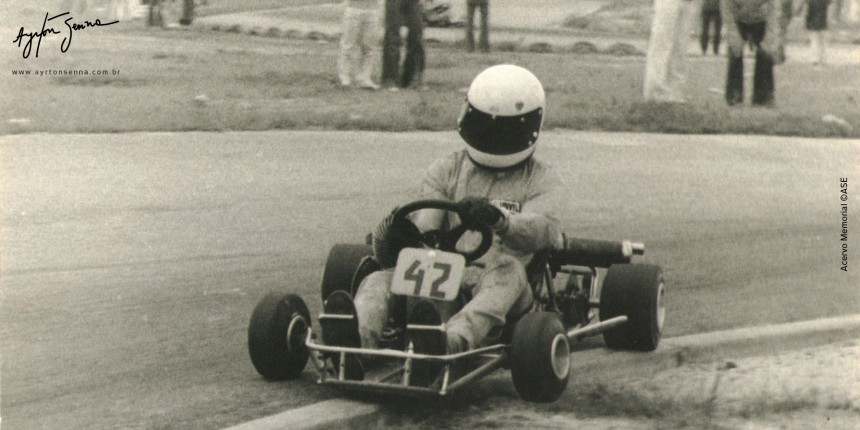 Ayrton Senna’s first title in his career was also achieved at the Interlagos go-kart track. When he was just 13 years old, the driver won the São Paulo State Championship in the Junior category in 1974 – the same year Emerson Fittipaldi won the Brazilian GP and became a two-time F1 champion. After that, Senna won at least one trophy every year until he made it to Formula One in 1984, including in other go-kart categories, Formula Ford 1600, Formula Ford 2000 and the British Formula 3.