The 1993 season is considered by many fans one of Ayrton Senna’s best. Even driving a less powerful McLaren than his rivals’ Williams and Benettons, Senna was able to secure five historic and heroic wins, each one with its own characteristics.

Senna finished the 1993 season as a runner-up, behind Williams’ Alain Prost. In the end, besides his five triumphs, Senna also scored two other podium finishes and a pole position with an almost empty tank at the final GP, in Adelaide.

After winning the Brazilian GP two years earlier, Senna was back at the Interlagos Raceway to celebrate his 100th race as a McLaren driver. Starting in third place, behind Alain Prost and Damon Hill, Senna had a little help from one of his greatest allies: the rain. The downpour had serious consequences: nine accidents, three collisions (one of them involving Alain Prost and Christian Fittipaldi), a change from wet tires to slick ones and the first appearance of a Pace Car (for eight laps) after it was officially adopted by F1.

Ayrton Senna was also punished for a risky manoeuvre and lost more than 10 seconds at the boxes. When the rain stopped and the track began to dry out, the Brazilian driver overtook Damon Hill’s Williams in spectacular fashion and held on to first place until the end. He stopped the car 50 meters after the finish line and the crowd at Interlagos stormed the track to celebrate with the driver.

In 1993, Senna put on a spectacle at the European GP, which took place at Donington Park, in England. The Brazilian had a more than perfect first lap, overtaking Michael Schumacher (Benetton), Karl Wendingler (Sauber) and the Williams driven by Damon Hill and Alain Prost, in what many consider the greatest first lap in F1 history.

Ayrton also posted the race’s fastest lap in an unusual fashion: he went through the pit lane, since Ayrton had studied the circuit and figured out it was the shortest way.

At the time, there was no speed limit on the pit lane, and he flew through it with his McLaren. Rounding out an almost perfect race, Senna was 1 minute and 32 seconds faster than the second-place finisher, Damon Hill. Prost, in third, was lapped by the Brazilian driver. 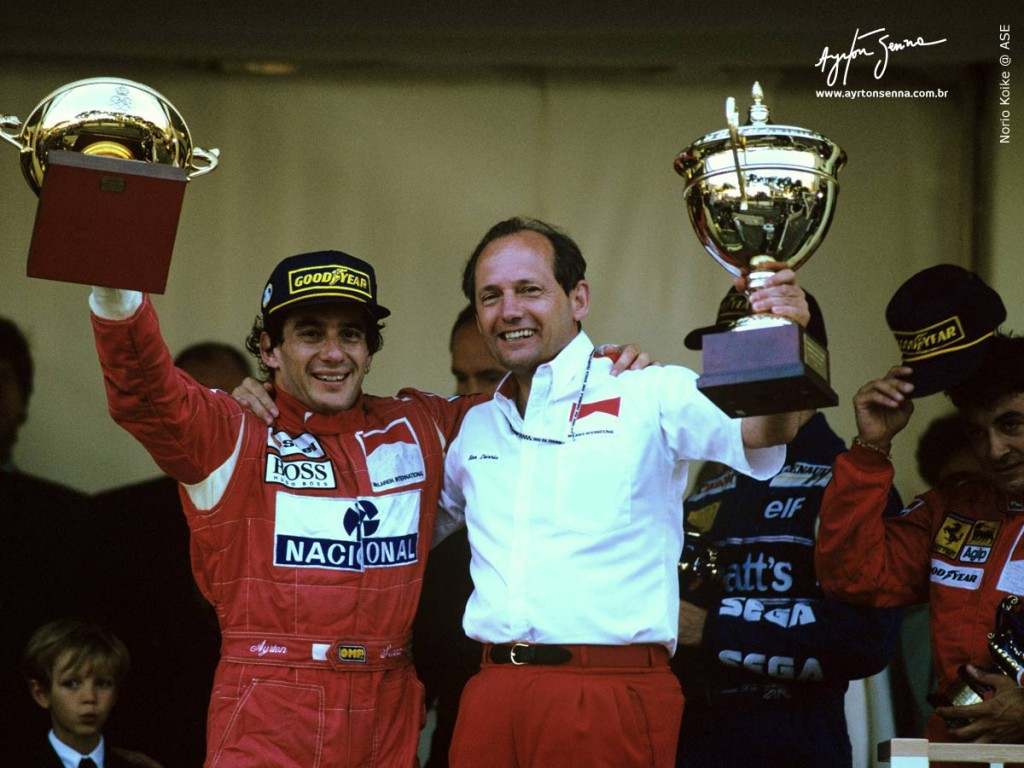 When Senna arrived in the Monaco Principality, in 1993, he was chasing his fifth win in a row at the circuit. Starting in third, Senna was having trouble with his left thumb. During the free practice sessions, the Brazilian had crashed his McLaren into the guard rail at almost 270 kmh and hurt his hand.

With the help of Josef Leberer, McLaren’s physical therapist, Senna recovered in time for the race and was able to keep the third position at the start. Prost, in second, was punished with a drive through the boxes for jumping the gun, which took him out of contention for the win.

But Senna still had to catch Schumacher, who was way ahead of the Brazilian. On lap 33, however, the German’s Benetton had an engine malfunction, paving the way for Senna to set the amazing record of six wins in Monaco, a feat that hasn’t been achieved ever since. 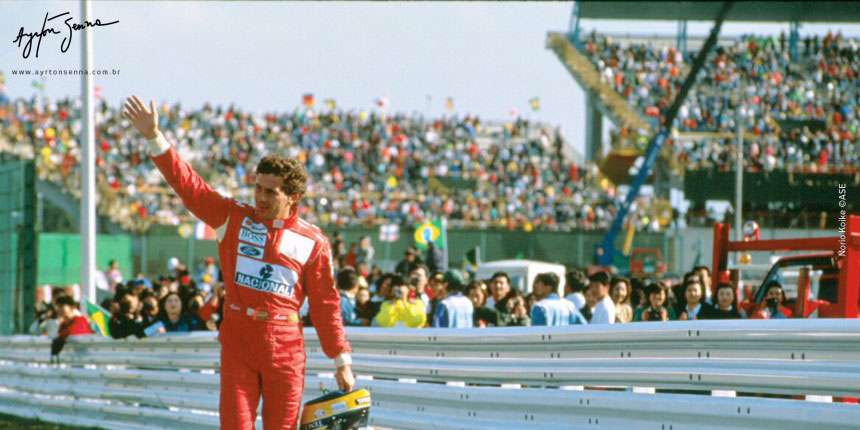 Some of Ayrton Senna’s best stories took place in Japan. After all, it was there that he won his three F1 world titles: 1988, 1989 and 1991. In 1993, Senna was starting in second place, next to Alain Prost, who had already clinched the title and was going to retire from racing after the season was over. While both drivers had crashed in 1989 and 1990 – right at the start and on the first corner, respectively – this time things were different. Senna started better than the Frenchman and took the lead after the first corner. From then on, Senna dominated the race and Prost only took the lead briefly, while Ayrton made a pit-stop. After that, the Brazilian reigned supreme.

By the end of the 53 laps, the two great rivals were on the podium once again. The winner, Ayrton Senna, and the four-time world champion, Alain Prost. When leaving his car, Senna made sure to congratulate Rubens Barrichello for his first points in F1. The young Brazilian driver had finished in fifth place, with a Jordan – a great result for a driver in his debut season.

Ayrton reached two other impressive marks with his triumph at Suzuka: his 40th win in F1 and McLaren’s 103rd in the story of the category. The British team was now tied with Ferrari for most wins in F1.

Despite the Williams’ supremacy and Alain Prost’s fourth title already secured, winning the final race in 1993, in Adelaide, would have a special taste to Senna. It was the Brazilian driver’s goodbye after six seasons with McLaren. Prost had also announced it would be his final F1 race. That meant it was their last duel in F1, leaving behind a huge void for motor sports fans in the following years.

Senna did better in the qualifying rounds and secured his 62nd pole in F1, showing that even with an inferior set up he was still able to make miracles on a street circuit. Ayrton beat Prost by 0.436, securing his only pole position in 1993.

During the race, Senna only left the lead when he stopped to change tires, in the 23rd lap, getting it back in the 29th. In the end, after 79 laps, Senna crossed the finish line in first, celebrating his 41st win in 158 GPs he had taken part in up until then. It was Senna´s final win, his 35th as a McLaren driver, with 46 poles and 447 points scored for the British team.