A future three-time F1 world champion, young Ayrton Senna made it to Formula 3 in 1983, after spectacular seasons in Formula Ford 1600 and Formula 2000. Driving an impeccable West Surrey setup, Senna broke all the records, winning the tournament’s first nine races.

The season started on March 6, at the traditional Silverstone circuit, which the British press had already nicknamed “Silvastone”, in allusion to the Brazilian driver’s surname. In the first race, Senna started in second, but took the lead at the beginning and held it until the end, also posting the quickest lap. 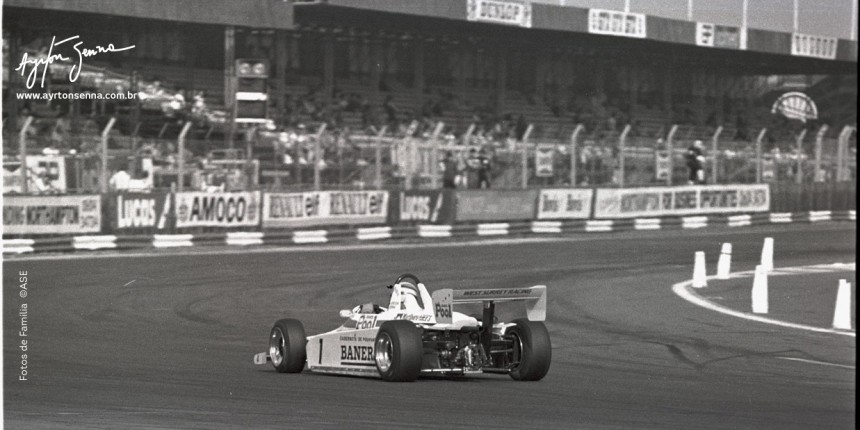 That year, Ayrton raced eight times at Silverstone and won six of them, besides making it to the podium seven times and retiring only once. Just in the entry categories in the UK, over the course of three seasons (1981 to 1983), he won nine times at the most traditional track in British motor sports.

Even after a blazing start, with nine wins in a row in 1983, the title was only decided in the final race, at Thruxton, since a few crashes and malfunctions hurt the Brazilian in the duel against his main rival that year, Briton Martin Brundle.

To win the final race, Senna resorted to an unusual strategy: his team used adhesive tape to close the oil radiator vent, making the oil to heat up faster and allowing Senna to employ a different tactic. “It was perfect. The oil reached the right temperature in one lap, give or take, instead of seven or eight, as usual”, said Senna.

In the sixth lap, as expected, the water temperature started rising too much. So, Senna loosened his seatbelt just enough to remove the tape. He had practiced the move in the previous week. “When I looked up, I was already at the chicane. For a moment, I thought I was going to lose control. Suddenly, I wasn’t part of the car anymore. I was sliding around in there”, he said.

After 20 races in the British F3, Ayrton set the record for most wins, with 12 in a single season. Besides taking the title, Senna achieved his main goal in 1983: he was invited by Toleman, McLaren, Brabham and Williams to testing sessions in motor sports main category. His F1 debut was just a matter of time.

Check out Ayrton Senna’s performance in F3 in 1983: