1982, The year Ayrton Senna won the most races -Video-

Ayrton Senna ruled the F1 tracks for a long time, with several wins, pole positions, titles and historic moments. His season with the most triumphs, however, took place before he reached the peak of his career in motor sports: in 1982. At the time, Senna was a Formula Ford 2000 driver, racing simultaneously in two different competitions (the European and the British championships), and won 22 races.

Ayrton had made to Formula Ford in 1981, when he became champion of the FF1600 category with Van Diemen, the best team in the European Championship, back then. Senna scored 12 wins out of 20 races in three distinct competitions.  In the following year, the Brazilian was promoted in the same team and achieved his record for most victories in a single season.

It wasn’t an easy transition: his new car (the 1982 model) had more power – thanks to its 2-liter engine – and was almost 4 seconds faster. That meant the car was more demanding of the driver. On the other hand, the car had more grip, since it had a rear wing, allowing drivers to be bolder on corners.

Ayrton even considered giving up on his European career and left for Brazil at the end of 1981, in order to take care of his family’s business. Unhappy, Senna realized his future was on the track. His wins in 1982, therefore, were instrumental to the continuation of his career.

In the first six races of the year, the Brazilian was flawless: he had the pole position, led from start to finish and posted the fastest lap in all of them. Senna was on such a hot streak that he managed to win two races on two consecutive days on different tracks: Oulton Park and Silverstone, more than 200 KM apart from each other. 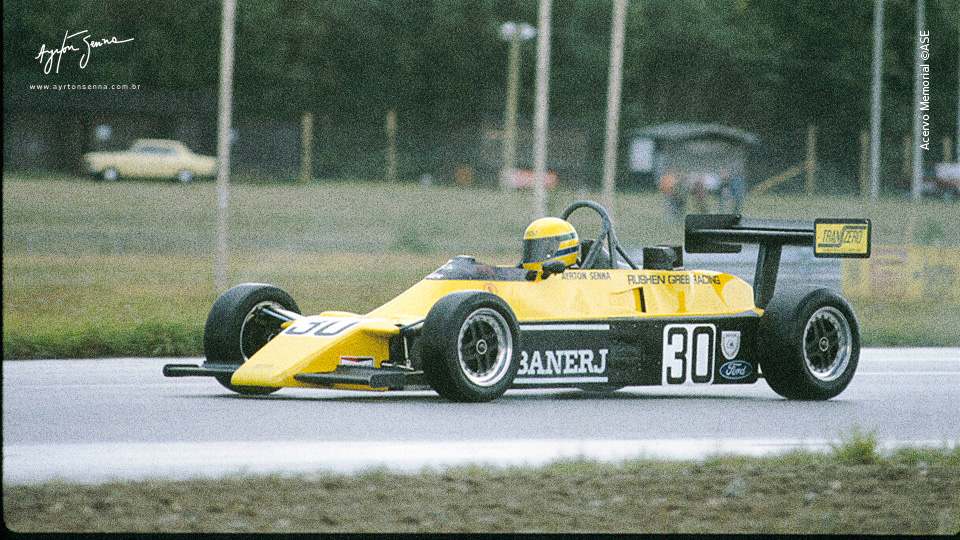 He clinched the European title on August 22 at Jyllandsring, in Denmark.  Senna was only 22, and his dominance was overwhelming: 22 wins, 18 poles, 22 fastest laps and 516 points scored in 28 races.

Ayrton’s spectacular season put the young driver on the radar of many F1 teams. But the Brazilian kept his feet on the ground and followed the traditional path, signing a contract to race in the British F3 in the following year. After winning another title, he opened the doors to F1 once and for all.