Lewis Hamilton was handed the victory in the Russian Grand Prix at the Sochi Autodrom after a Virtual Safety car situation cost Ferrari’s Charles Leclerc the lead. 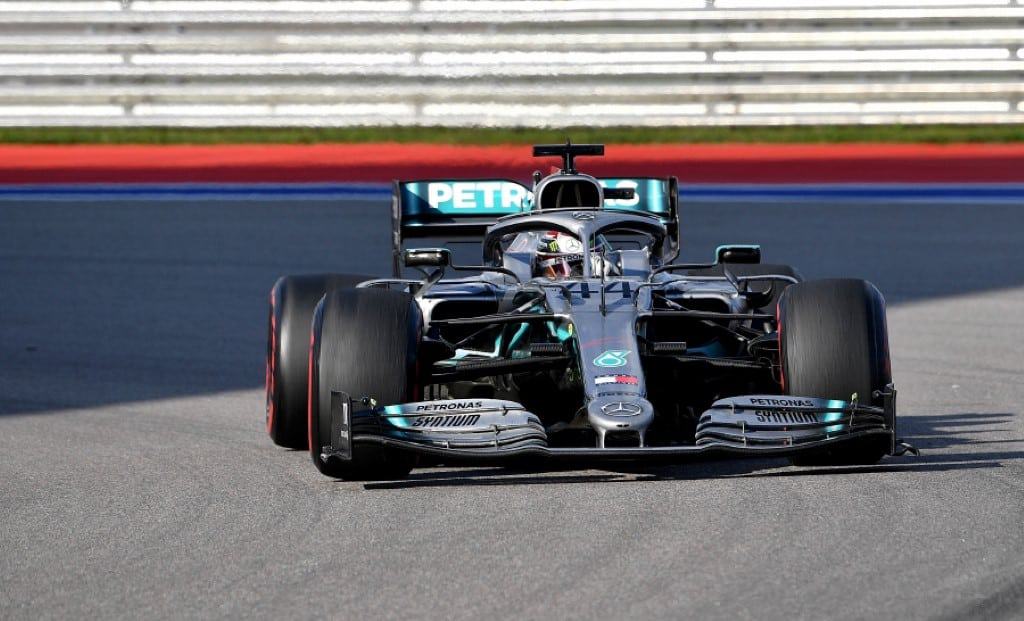 The plan Ferrari made before the race was for Leclerc to give Vettel a tow down into the first corner to remove the risk of Hamilton, starting second, taking the lead by means of using the tow provided by Charles Leclerc at the start. Leclerc played his side of the bargain, but once Vettel was in the lead, he refused a demand to let his teammate back past him.

The Ferrari soap opera intensifies
After a series of conversations over the radio between both drivers and their race engineers, Ferrari decided to do the swap later and Leclerc recovered his place ahead of Vettel when he made his pitstop as he was pitted four laps earlier than Sebastian Vettel which allowed him to benefit from fresher tires.

Vettel’s engine developed a problem in its kinetic hybrid system on his first lap out of the pits and when he was told to park the car, that led to the virtual safety car being deployed. 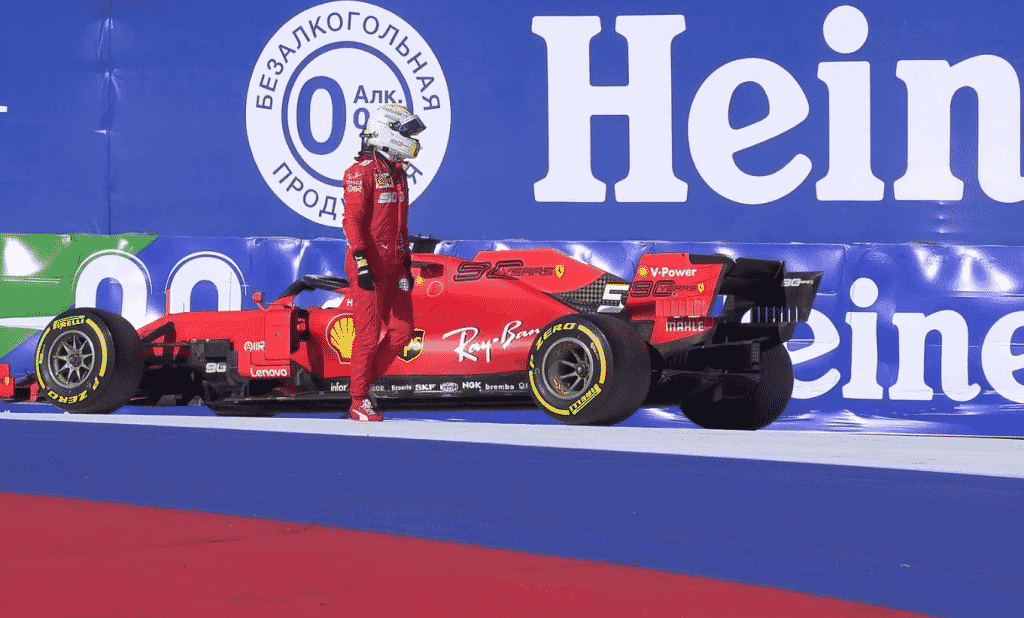 It was bad timing for Ferrari because it meant Hamilton, who had been promoted into the lead by Ferrari’s pit stops, could stop under the VSC and lose far less time than under racing conditions, allowing him to keep the lead. Leclerc then lost second place as well when George Russell crashed with an apparent braking problem just as the VSC was ending, bringing out the safety car. Ferrari decided to pit Leclerc again to swap his medium tires for softs, the same as the Mercedes drivers, and that dropped him to third behind Hamilton’s team-mate Valtteri Bottas.

Trying as hard as he could, Leclerc could not quite get close enough to attack Bottas, and Mercedes were able to deliver their first one-two since the British Grand Prix back in mid-July. Hamilton scored an extra point for fastest lap and his championship lead is now at 73 points. Mathematically, he can not win the title at the next race in Japan – but he could well do it the race after that in Mexico.

Vettel sparks another controversy
Losing the win was bad luck for Ferrari – although there will be questions whether they could have asked Vettel to make it back to the pits and avoided the VSC that seems to have cost them the race. But they will be as nothing compared to the debate over Vettel’s actions at the start of the race.

At the start, Leclerc seemed to have made a mistake in leaving the door open on the inside for Vettel into the first corner. But a radio message within a couple of laps betrayed a pre-race plan, as Leclerc was told: “We are looking into doing the swap later in the race.” 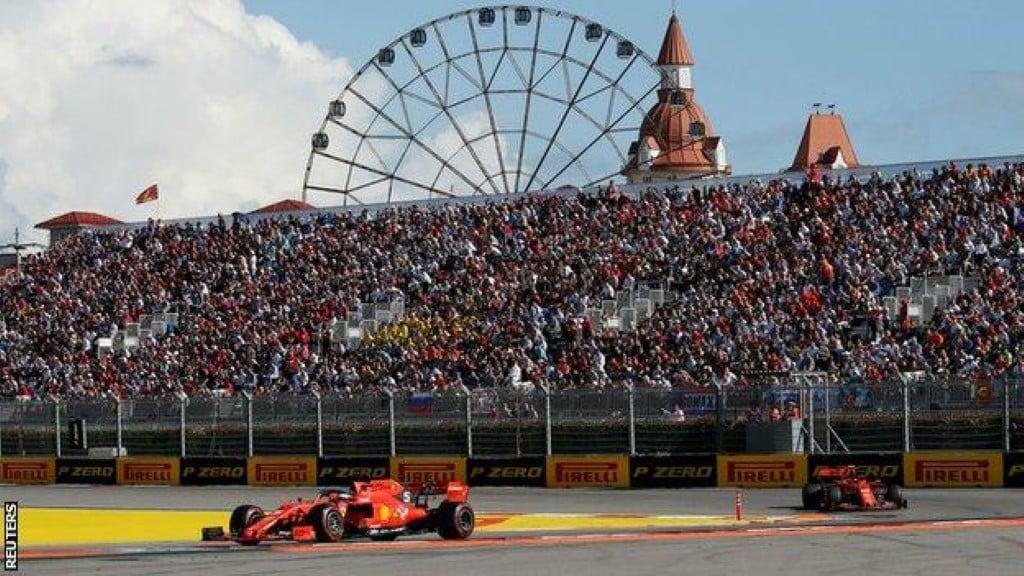 This was an apparent reference to a pre-race plan that Leclerc would allow Vettel to draft past him, to secure first and second positions before the German would then let Leclerc back past again.

After five laps, Leclerc was told: “Seb will let you by on the next lap.” But problems emerged when Vettel said: “I would have got him anyway.” Again Vettel was told to let Leclerc by, and again he objected, saying that they should tell Leclerc to go faster. Leclerc got on the radio again to say: “You put me behind. I respect everything. We speak later.” Vettel was told a third time to let Leclerc by, but again nothing happened, and the team went on the radio to Leclerc to say: “We will do the swap later.”

“Later” turned out to be the pit stops, when Leclerc was brought in on lap 22 and given four laps on fresh tires to close sufficiently on Vettel to get back into the lead when the German pitted. A tight fight to the end appeared in store, with Vettel doubtless wanting to prove the point that he believed he was quicker, Leclerc feeling wronged, and Hamilton coming at them on fresher soft tires. Vettel’s retirement threw all that out of the window – but the fall-out from the four-time champion’s actions is likely to continue for some time.

Red Bull’s Max Verstappen finished fourth, after starting ninth following a grid penalty for using too many engine parts, and his team-mate Alexander Albon fought up from a pit lane start following a crash in qualifying to take fifth, as McLaren’s Carlos Sainz won the midfield fight in sixth place. 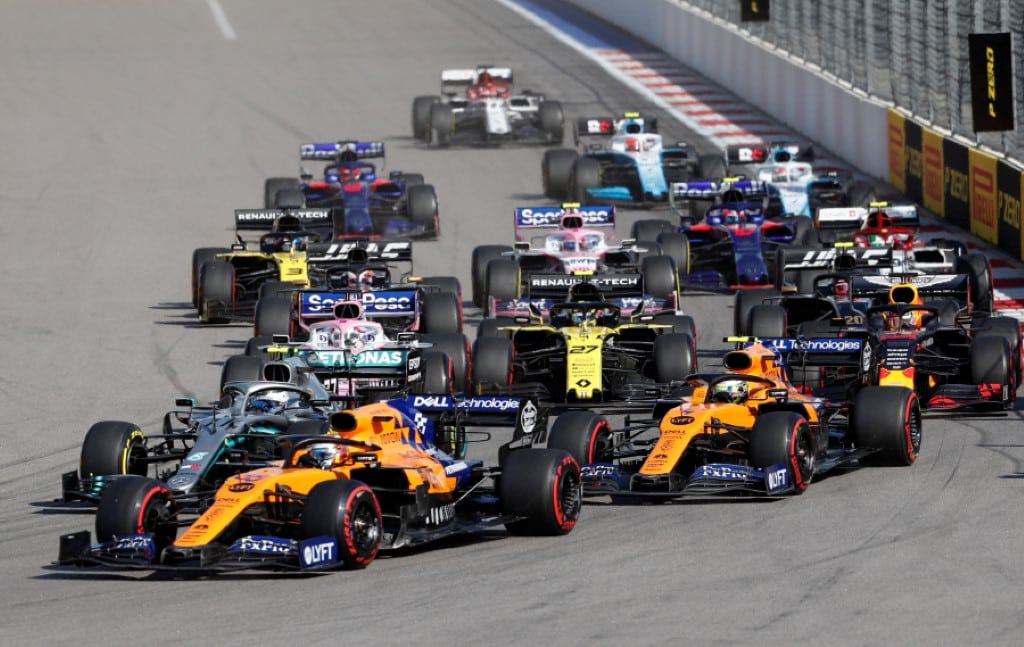 The driver of the day
The fans gave it to Vettel in F1’s official vote, presumably influenced by his pace in the early laps. But this writer will have to duck judgment – the truncated race and safety cars mean there are too many unanswered questions. Vettel – not for the first time in his career – adjudged himself too big to obey orders, and the ramifications of that could be huge. And a gripping end to the race, with Leclerc ahead of Vettel and Hamilton attacking the Ferraris, slipped away as a result of Vettel’s retirement. 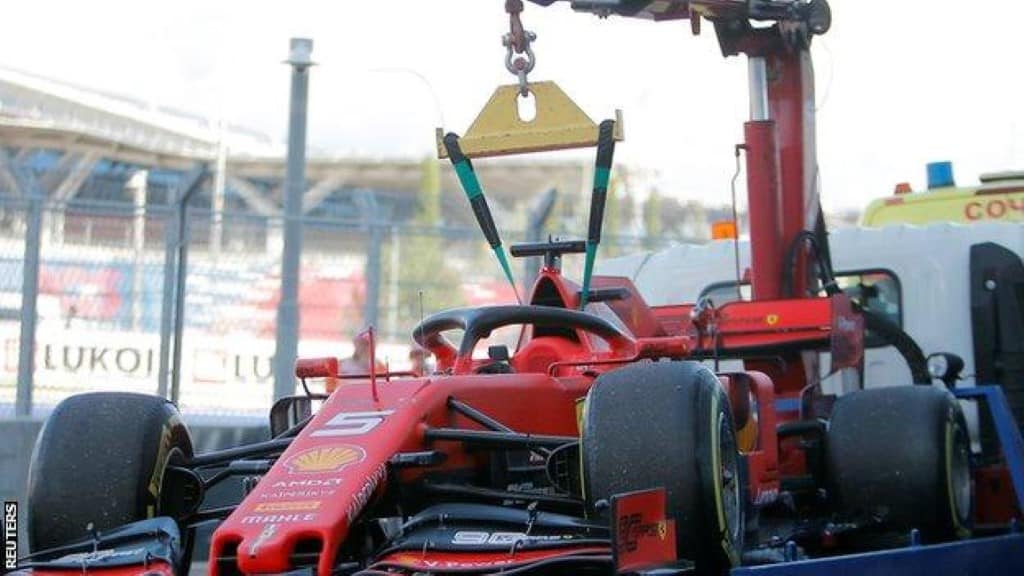 What happens next?
The Japanese Grand Prix in two weeks’ time, at magnificent Suzuka. With tensions at Ferrari clear, Hamilton closing on the title and the finest stage in motor racing, it is a mouth-watering prospect.