Dorna Sports CEO Carmelo Ezpeleta has been speaking to the Spanish MotoGP™ Podcast, ‘Cambia el Mapa’, about Wednesday’s announcement that Dorna Sports, the Regional Government of Andalusia and the City Council of Jerez de la Frontera have agreed to make a proposal to the Spanish government that, if approved, would see the Circuito de Jerez – Angel Nieto hold two MotoGP™ Grands Prix.

A breakdown of the Spanish Grand Prix and Andalusian Grand Prix proposal announcement:
“We have been preparing it for days. Like I had already explained, our idea was to start at the end of July and to continue planning events in Europe until the middle of November, more or less, and from then on in warmer climates, where we can race from November to December. If that won’t be possible then the World Championship will finish in Europe.”

An agreement to send the proposal to the Spanish government has been reached. What are the following steps?
“The agreement between the Regional Government of Andalusia, the Jerez City Council and ourselves has been reached. We established the basics: how and what will happen, how it will be organized. We presented it to them, and they found it acceptable to send to the Government of Spain. This is what we’re doing with every country that we go to. There is a protocol that we have decided upon, that will be finished tomorrow or the day after, where we have reduced the number of people who are the MotoGP™ family to 1300 people.

“At the same time, in each of the countries, there is a commission where they debate all of these types of things for all the sports. Each sport has different conditions. Once we have a clear protocol, which is practically finalized, with respect to the number of controls, what the paddock will be like, etc, we submit that to the Government of Spain. This involves various different ministries. I expect it involves the Home Office – for the movement of people, Health – for the safety measures and transport – for what will be involved in coming to and leaving Spain.

“This is the case in Spain and the other countries around the world. We’re talking with Brno, also Austria and Italy, to look at the different options.” 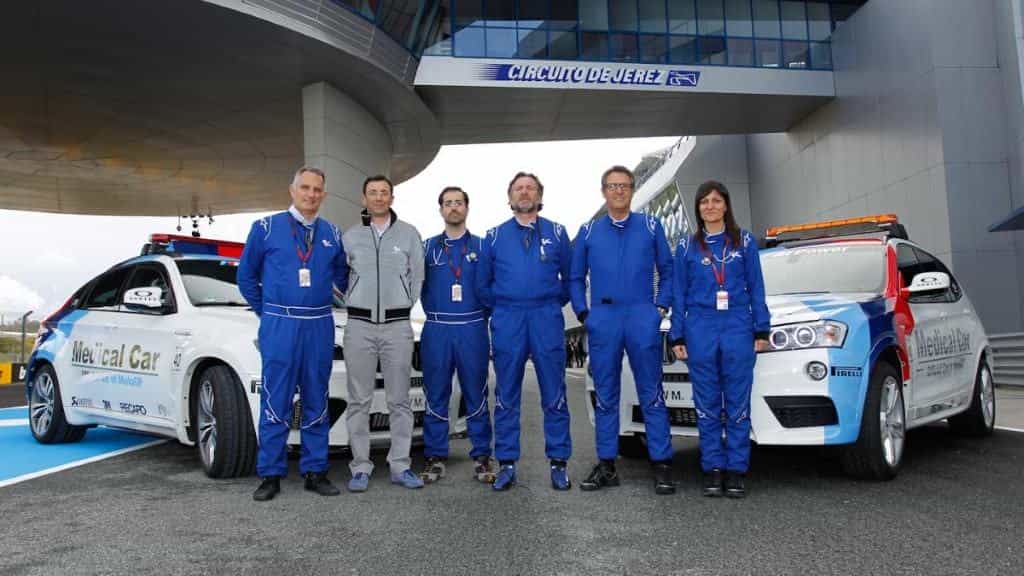 You’re talking again about a reduced paddock. Can you explain how that will work? How will they travel, what will it be like?
“We’re working in accordance with the current conditions, to be able to do it in the near future. I hope that from now to July the measures don’t get any worse, but get better. The plan right now, as it stands, is that those outside of Europe would have to come to Europe at least 14 days before the Grand Prix and stay in Europe. Then, all the teams, including the Europeans, will have to do a test before leaving their countries, no later than 4 days before they arrive at the first Grand Prix, which will be in Spain.

“At that point, they will come with their certified test that says 4 days ago they were without coronavirus and, then when they arrive at the circuit, we will do another test. After that, each day we’ll have a team with Quironsalud (MotoGP™’s Medical Service) who will ensure that people are showing no symptoms, and we will take everybody’s temperature. Then there will be a protocol put in place should something happen and how we’ll deal with it.”

Possible calendar:
“The procedure that we have had to do with Spain, we have to do with the other countries. “At the beginning of June, I believe it will be possible to have a complete calendar of the races in Europe and, in theory, what could happen outside of Europe.”

Right now the maximum number of races that can happen after the cancellations is 16. Could we have 16 races? “If there can be some outside of Europe, yes. We are preparing for between 12 and 16 races.”