Ducati is close to securing Jack Miller to form part of its works MotoGP line-up for the 2021 season, as a host of Pramac replacements from Moto2 have also emerged. Miller has been part of the Ducati family since joining satellite squad Pramac in 2018, and has had machine parity with the works riders since last season.

With Ducati losing its main 2021 targets of Maverick Vinales and Fabio Quartararo to Yamaha, plus Joan Mir to Suzuki, Miller emerged as the favourite to move up to the works outfit. Pramac boss Francesco Guidotti told motogp.com last week that he believed a deal between Miller and Ducati was close, with Ducati boss Davide Tardozzi confirming this to BT Sport on Sunday.

“So far we are thinking about [having] Jack in the factory team,” Tardozzi said. “It’s obvious we have to manage the situation within the operation because the riders that will join the factory team, it will be two of the two riders who are already under contract with Ducati so far. “So, two of the five will be there. Jack did something very good in the end of the season, so we are thinking that he could be a possibility. We are discussing internally about that, we are discussing also with Jack. “But no decision at all are taken. We are very close to taking a decision regarding Jack, but nothing done yet.” 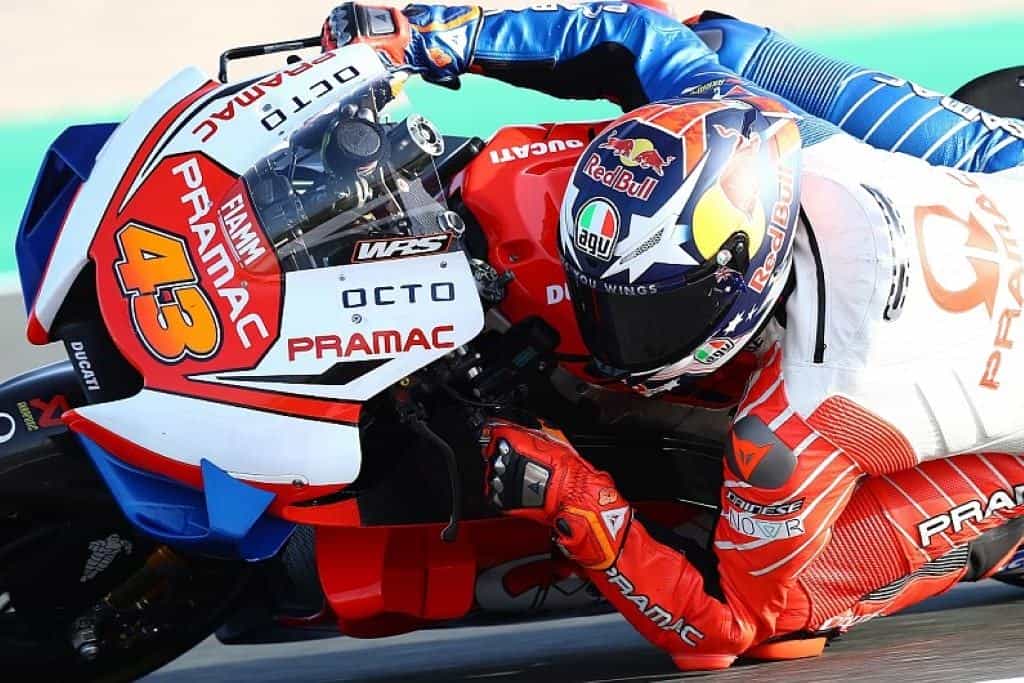 Miller finished eighth in the standings last year after scoring five podium finishes, and was only 11 points behind works Ducati rider Danilo Petrucci, who won a race in 2019. Petrucci’s dramatic downturn in form in the second half of last year cast doubt on his Ducati future, with the Italian marque understood to have been willing to terminate his contract for 2020 to move Miller up to make way for Johann Zarco.

However, when it became clear that the financial implications of terminating Petrucci’s contract didn’t justify such a shuffle, KTM exile Zarco was placed at Avintia on a year-old Desmosedici but contracted directly to Ducati. Prior to the major rider market moves earlier in the year, Miller was expected to be high in demand, with a step up to Ducati not a given.

Miller’s 2020 season was plunged into uncertainty in the middle of last year when Ducati made an attempt to sign Jorge Lorenzo – whom it had ditched for 2019 – to Pramac for 2020. With Francesco Bagnaia already contracted to Pramac and Ducati for 2020, Lorenzo would have taken Miller’s place. Lorenzo ultimately committed to Honda for the second year of his deal, though he would retire at the end of 2019 and move on to become test rider at Yamaha. 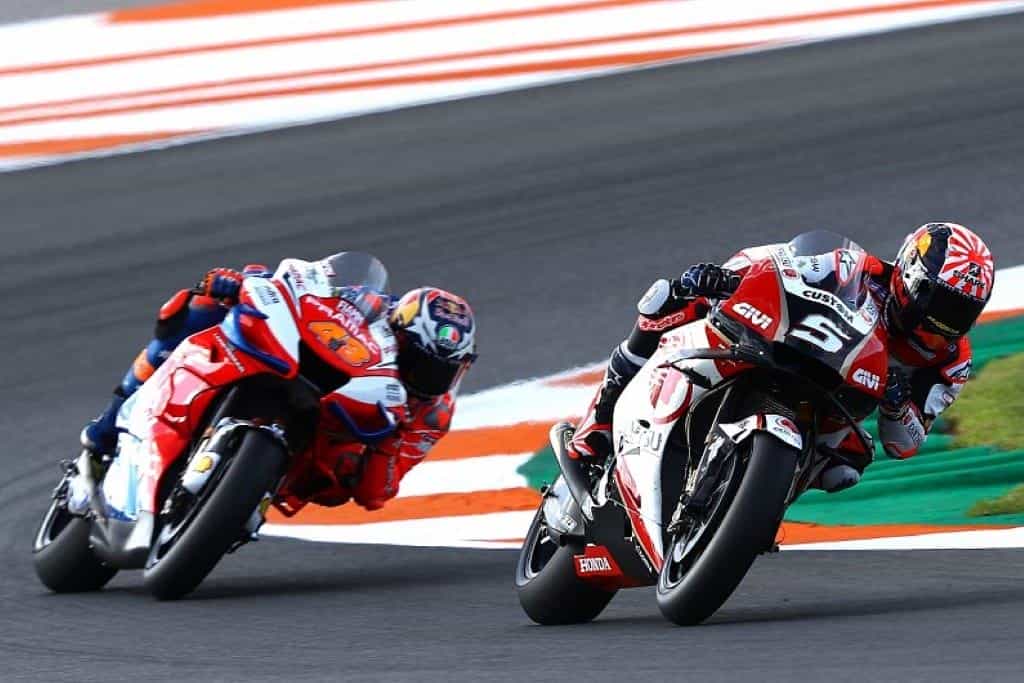 Miller, who was offered Zarco’s KTM for the remainder of 2019 when his Pramac future remained uncertain, thought the tempting KTM deal was too much of a risk at that point and committed to Pramac, and insisted to the press at the British Grand Prix that there was no bad blood with Ducati over its attempted Lorenzo affair.

But it was unclear just how much that incident would impact negotiations further down the line.  Despite talks between Ducati and Andrea Dovizioso having stalled over money, all signs point to Dovizioso and Miller as the Italian marque’s works line-up for 2021. Not only will Ducati have the young talent it has been looking for with Miller, it also gains a vital development asset, with Miller acting as a test mule in recent years – including giving Ducati’s holeshot device and its active ride height evolution their race debuts well before the factory riders used them.

A Miller/Dovizioso line-up at Ducati obviously leaves no room for Petrucci, and it’s unlikely he’ll return to the Pramac squad he rode for between 2015 and 2018. Despite an underwhelming debut campaign in 2019, Bagnaia is set to stay at Pramac for 2021, while Moto2 frontrunners Enea Bastianini and Jorge Martin appear to be the favourites to join him.

Bastianini enjoyed a solid maiden Moto2 season last year for Italtrans, scoring a podium at Brno to finish 10th in the final standings – three points clear of 2018 Moto3 champion Martin, who scored two podiums late on in a difficult season on the KTM chassis. 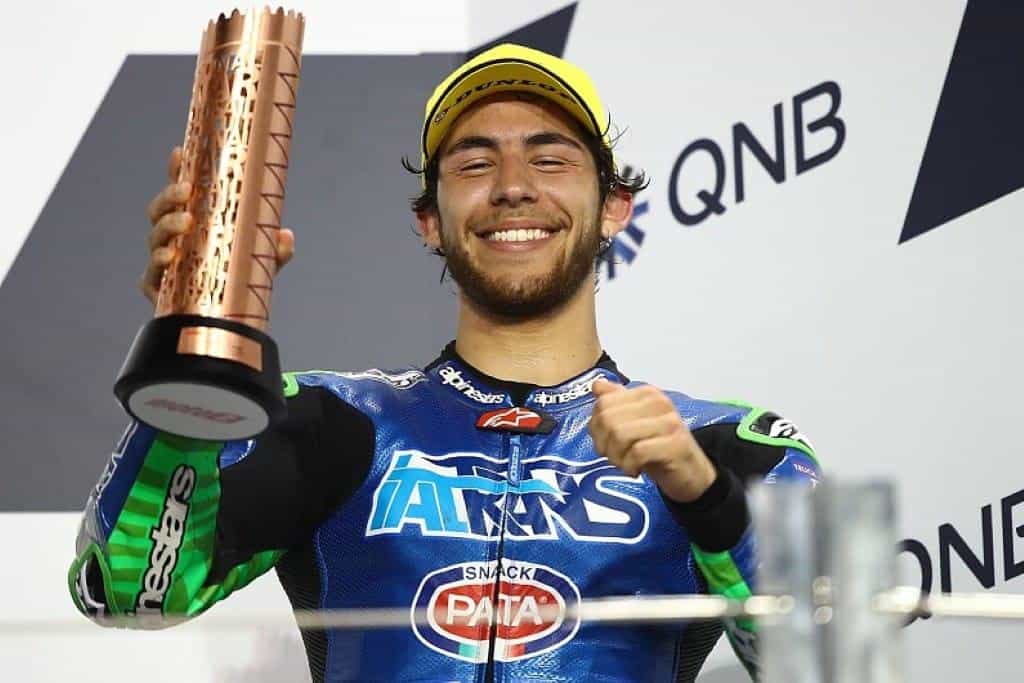 Martin is understood to have interest from Honda, with whom he won the Moto3 title, but options with HRC appear limited. Honda has signed up Marc Marquez for four more years, and his brother Alex is unlikely to be given the boot after one year regardless of what happens this year.

Recently, LCR’s Cal Crutchlow has expressed his desire to continue his MotoGP career beyond this year and has begun talks with Honda about staying, while current team-mate Takaaki Nakagami also looks set to stay put.

Ducati might struggle to beat KTM to signing Martin too. In light of the current financial crisis brought about by coronavirus, Ducati is kicking back against big money rider deals – hence the current issues with Dovizioso’s negotiations.

Though KTM has stated recently that it is looking to re-sign all four of its current riders at the factory team and Tech 3 (Pol Espargarao, Brad Binder, Miguel Oliveira, Iker Lecuona), it could move to secure Martin – especially if Honda is expressing interest, given the tensions which exist between both brands.

Commenting on the Martin rumours, Pramac boss Guidotti told motogp.com: “For sure, Jorge Martin is under the light from Honda because he won the title with them in Moto3 two years ago. “I know they were really upset that he left them to sign for KTM [in Moto2], but I think they would have him back. And KTM, I don’t know if it will release him. If Ducati will be able to sign Martin, I think it will be a miracle. They have to be very brave and smart to get him.” 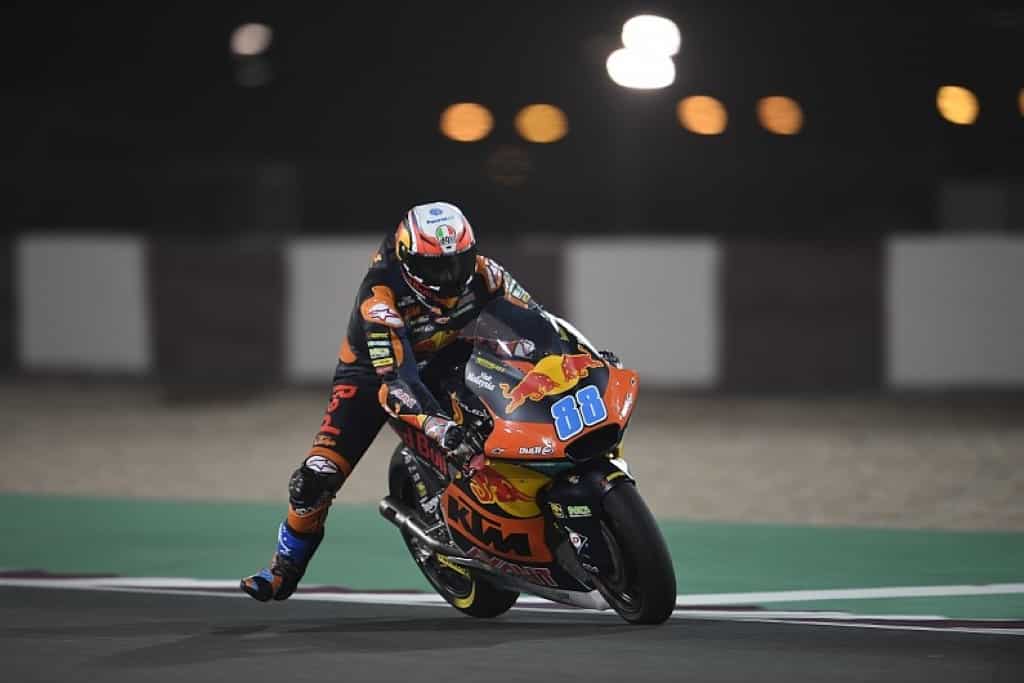 For Petrucci, a move to World Superbikes with Ducati alongside former Pramac team-mate Scott Redding appears most likely, though he could be a solid option for Aprilia in MotoGP should Andrea Iannone be unsuccessful in his appeal to have his 18-month doping ban overturned.

The biggest loser from all of this, however, looks to be Zarco. Offered a reprieve by Ducati at the end of last year following his exit from KTM and subsequent three-race spell with LCR Honda, he initially rejected Avintia as an option as it was “not a top team”. Ducati was able to talk him round (with MotoGP promoters Dorna Sports and French GP organizer Claude Michy thought to have been involved in getting Zarco back on the grid) and get him to join Avintia.

Zarco maintained his sights were set on stepping up to the factory squad for 2021 should he prove himself in the early races of this year. With COVID-19 halting this, as well as a poor reference on his CV from his failed KTM challenge, Zarco looks locked into Avintia for the foreseeable future. 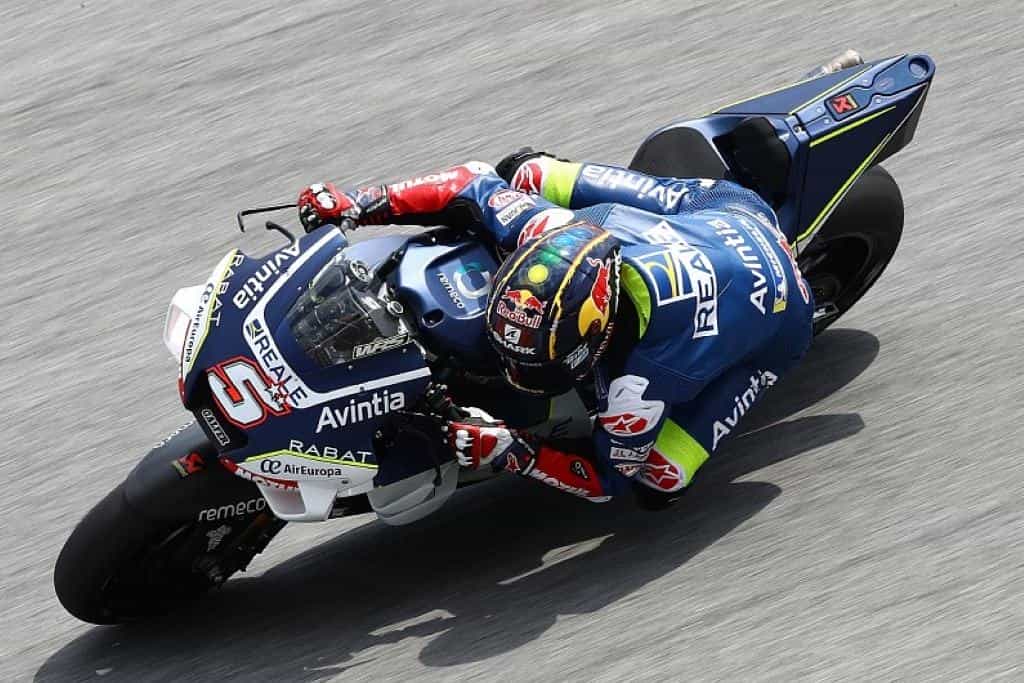