The FIA World Rally Championship drivers have had a quiet spring since the WRC competition in Mexico was cancelled before the final day. It was back...
Read more

At the end of day one it was Lorenzo Baldassarri who rose to the top as he managed the changes to the intermediate class and track conditions with skill and maturity to top the timesheets in Moto2 in preparation for the Qatar Grand Prix.

Wrapping up their track time under the floodlights, the Flexbox HP40 rider left it until the final two minutes of the session to post his best of 1m 58.635s, as the cooler, cleaner track meant improved times for many, riding his Kalex with ease and getting to grips with the new Triumph engine effortlessly.

His time pushed Marcel Schrotter (Dynavolt IntactGP) down to second after he too made late progress.

Remy Gardner, coming to Qatar on the back of a strong showing in testing, was also in contention to finish the day on top, before landing an eventual third for SAG Team.

Sam Lowes, who was impressive in testing, especially the final Qatar test where he lead the way, could not quite match that promise for Gresini after a mechanical issue curtailed his first session (where he finished 16th), but bounced back for fourth at the end of FP2.

Alex Marquez (EG 0,0 Marc VDS) also lead for a short spell on his way to fifth overall, with Jorge Navarro the best of the Speed Up riders in sixth.

Moto2 will have their first taste of the new qualifying format when they return to track on Saturday, with the first 14 riders in FP3 heading to Q2. 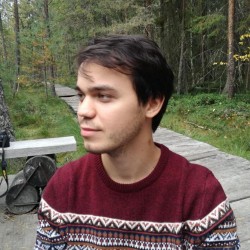 British motorsport pioneers in technology, Prodrive, has been working closely with Cambridge University to release a low-cost ventilator to help the patients in the hospitals around...
Read more
Moto

For the first time in three months, MotoGP™ bikes are back on track. Premier class machines have not turned a wheel in anger since the...
Read more
Moto

MotoGP intends to kick off the season at the end of July.

After long discussions amid the uncertainty caused by the coronavirus outbreak, MotoGP has announced concrete plans to finally kick off the 2020 season. The...
Read more
Moto

Ducati is close to securing Jack Miller to form part of its works MotoGP line-up for the 2021 season, as a host of Pramac...
Read more

The FIA World Rally Championship drivers have had a quiet spring since the WRC competition in Mexico was cancelled before the final day. It was back...
Read more

McLaren had no negotiations with Vettel says Seidl.

Speculation Sebastian Vettel might retire at the end of 2020 is ramping up, with McLaren revealing that it never even negotiated with the Ferrari...
Read more
Feature News

The Red Bull KTM Ajo Moto2™ rider chats about interest from the Italian marque and admits his goal of jumping to MotoGP™ next season Jorge...
Read more
F1

Ferrari has made a good choice by signing up Carlos Sainz for 2021, according to Dr Helmut Marko. As the head of Red Bull's...
Read more
F1

Front-running Formula 1 teams should offer customer cars for free if they are serious about the practice as a cost-saving measure, according to McLaren...
Read more
Feature News

First “ghost race” with no fans around the circuit a success.

On Sunday, May 16 the NASCAR series staged the first auto race with no fans. Formula 1 plans to do the same thing starting...
Read more

This spring, WCR doubled up the efforts in Racing League Romania powered by BMW and went one better in the standings. Chapter 1: Harder The landscape...
Read more
Feature News

High and mighty: West Competition Racing animated the fight in the front running pack at Zandvoort and made steps in the right direction in...
Read more
Feature News

Alex Cascatău claims a podium on a track he adores, while Radu Dumitrescu fares strongly in both races. All the WCR contingent had reasons to...
Read more
Feature News

The wait is over: Alex Cascatău scores his maiden win in Season 5 of Racing League Romania, boosting his title credentials as we enter...
Read more
Feature News

During the second round of the ELF CIV PreMoto3 Championship held at the Tuscan circuit of Mugello GP24 rider Jacopo Hosciuc further build on...
Read more
Breaking News

Team AcademyGP with GP24 rider Jacopo Hosciuc has arrived at the circuit of Mugello, Italy for the second round of the Italian Championship for...
Read more

A potential buyer for embattled Renault's works Formula 1 team has emerged. On Tuesday, it emerged that about 75 members of the McLaren team...
Read more
F1

Mick Schumacher is being backed to land a Formula 1 drive this season with Alfa Romeo. Although F1 is still waiting to get underway,...
Read more
F1

F1: Ferrari already has a rejection of Lewis Hamilton in its pocket

One of the most important drivers which is not yet under contract for 2021 is Lewis Hamilton. The Brit seems to be staying at...
Read more
F1

F1: Liberty Media to lay down the law with new Concorde Agreement.

Liberty Media will put the new Formula 1 Concorde Agreement to teams with a take it or leave it ultimatum. Formula 1 CEO Chase Carey...
Read more
F1

Racing Point Team Principal Otmar Szafnauer admitted that his team may need to wait a couple of seasons before it can start challenging the...
Read more
F1

No pressure for Vettel in 2020 says Bernie Ecclestone.

Sebastian Vettel will put his throttle to the floor when he contests his last races with Ferrari later in 2020. That is the prediction...
Read more

Looking to join the FIA World Endurance Championship and 24 Hours of Le Mans Hypercar class when it is introduced to the endurance series, Scuderia Cameron Glickenhaus have partnered with...
Read more
ELMS

The European Le Mans Series has revealed its entry list for the 2020 season, featuring a bumper grid of 40 cars. The LMP2 field...
Read more
Endurance

Only 3 LMP1 cars at the American WEC round at COTA, team LNT skips race

Ginetta Team LNT will not take part in the 6 Hours of COTA later this month, leaving only three LMP1 cars remaining on the...
Read more
Endurance

Although at a somewhat uncomfortable time interval for European viewers, Bathurst fully deserved the hours without sleep and tons of coffee poured down the...
Read more
F1

Is Fernando Alonso the best ever racing driver?

Is the double Formula 1 world champion on the way to an incredible quadruple crown in motorsport and with it the best racing driver...
Read more
Breaking News

Brabham has introduced a race variant of its BT62. Stripped back for track performance, the BT62 Competition will be used for the company’s endurance...
Read more
Endurance

F1 Official: Renault announces it is staying in F1

Renault is staying in Formula 1 for now. Amid serious financial problems for the French carmaker, and requesting the French government for a 5...
Read more

F1 Official: Renault announces it is staying in F1

Renault is staying in Formula 1 for now. Amid serious financial problems for the French carmaker, and requesting the French government for a 5...
Read more