During the second round of the ELF CIV PreMoto3 Championship held at the Tuscan circuit of Mugello GP24 rider Jacopo Hosciuc further build on his Motorsports career.

In the first race he still had to accommodate to his bike and managed a well deserved 6th place in the race with sufficient experience under his belt for a better result in the second race of the Mugello event. 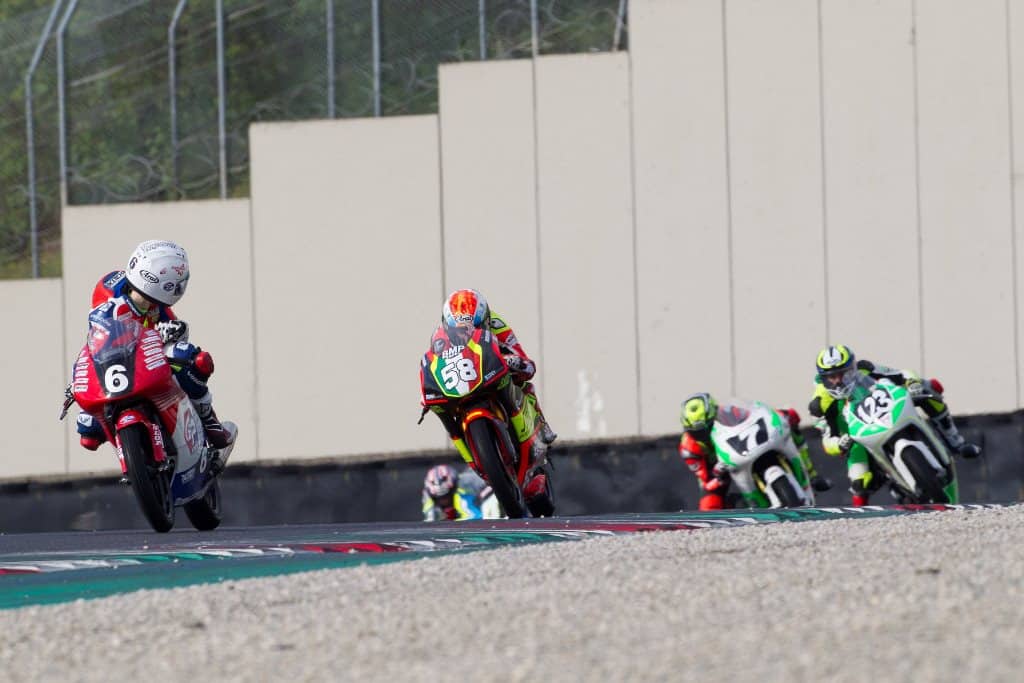 And indeed the second race turned out to be the spectacle that Jacopo and his fans were hoping and waiting for. After an excellent start he was able to lead the race for 8 full laps only to give up the lead of the race in the last turn before the finish. This still brought him a podium finish and the third place in the championship standings. 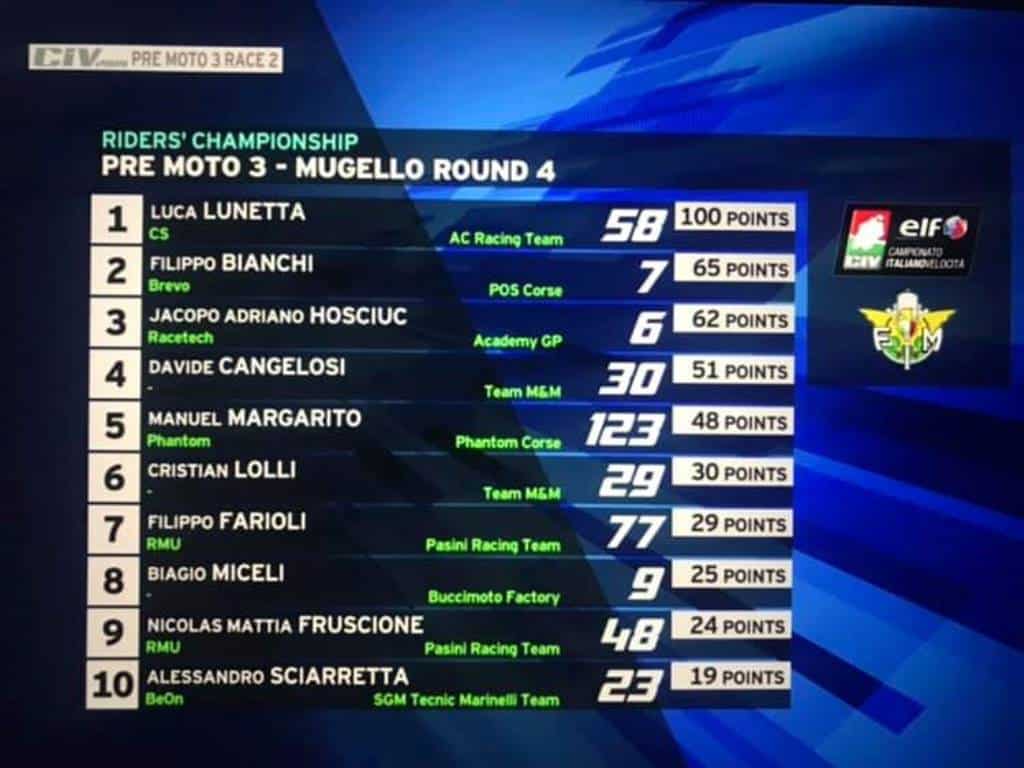 Another race weekend where Jacopo has shown excellent growth in his first year in PreMoto3 afterhaving finished as runner-up in the CIV (Italian Championship) for 125cc 2-stroke bikes.

Great efforts and support also provided by his team Academy GP for who the PreMoto3 class is also a new adventure. However the long experience of Roberto Marchetti and his team really show their value here as they are making great progress with the Yamaha powered Racetech bike.