How Dorna is trying to save MotoGP 2020

As the global coronavirus situation escalates, more sporting events are being affected by cancellations worldwide. MotoGP has lost its opening two rounds but, despite that hit, its promoter Dorna is taking a proactive approach to ensuring the 2020 season will go ahead With each passing day, the COVID-19 outbreak seems to grip more countries tighter – and more sporting events are getting caught up in the situation.

MotoGP has been no exception. Tighter quarantine protocols for Italian travellers meant Dorna Sports had no option but to cancel the MotoGP season-opener in Qatar (though Moto2 and Moto3 will go ahead as planned thanks to already being present at the Losail International Circuit for a pre-season test).

Thailand’s ban on large public gatherings in a bid to stop COVID-19 from spreading meant MotoGP’s second round at Buriram had to be postponed to 4 October. But MotoGP promoter Dorna has been incredibly proactive already in its bid to ensure it can actually run the 2020 season.

In the run up to the Qatar race before the country imposed further travel clampdowns, Dorna issued all personnel part of the MotoGP circus coming from blackballed travel destinations documentation to fill out and present upon arrival to Qatar. With the country not issuing visas to those coming from infection hotspots, the idea was that all MotoGP personnel travelling from or through those destinations would be taken for virus tests and then let into the country to go racing if their results proved no sign of COVID-19.

In a further bid to get the relevant individuals and at least a sufficient skeleton crew for teams coming from Italy, Dorna tried to organize a charter flight out of France to get everyone in to make the race go ahead. Dorna had even managed to get all teams to agree to a maximum number of personnel they’d each need.

Unfortunately, just before that flight was due to head to Qatar, the government ordered immediate 14-day quarantines for all those coming from Italy or had been there in the previous fortnight.

“We tried to do this and during the Saturday afternoon [before the race was cancelled] we were almost agreed [with the Qatari authorities] with that,” Dorna CEO Carmelo Ezpeleta said on Thursday in Qatar ahead of the Moto2 and Moto3 press conference. 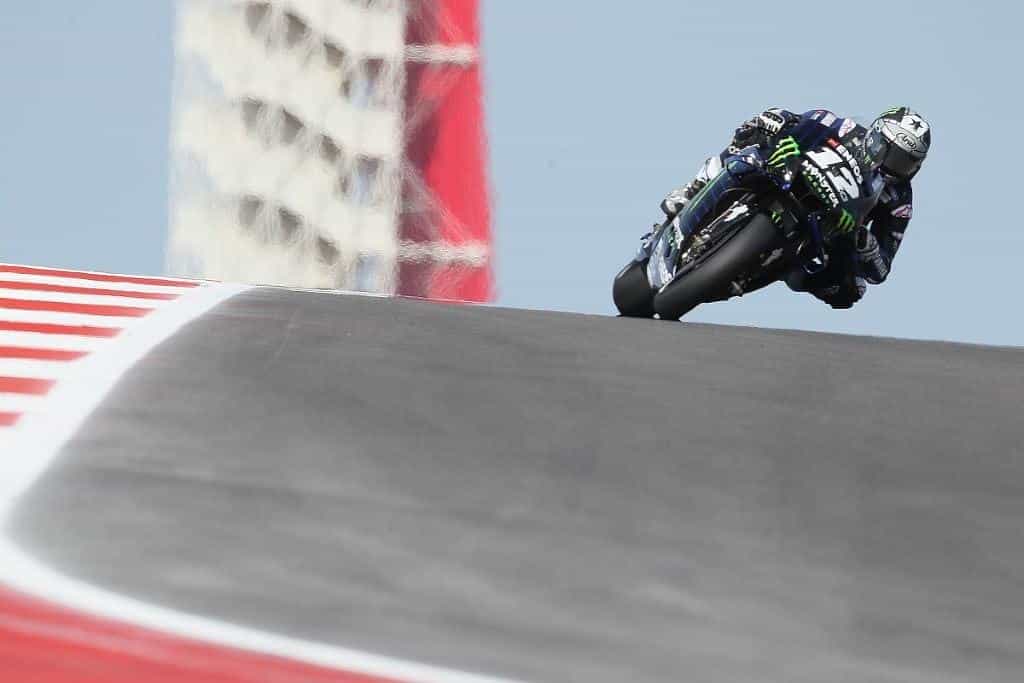 “In fact, we would’ve witnessed everybody coming soon because we were allowed to enter Qatar. But, suddenly in the early afternoon of Sunday a flight coming from Rome was forbidden to enter [Qatar]. They gave it two possibilities: [go] back to Italy or [go into a] quarantine of 14 days.

“We were trying then to organize a flight from Nice to here, and then to accept some positions for the MotoGP community – the mechanics, engineers, riders – to be allocated one place and come here just for the race and go back. But, also in the afternoon of Sunday we saw this was not possible.”

One option is to run races behind closed doors – in essence, keeping the fans out. A disastrous idea some 30 years ago, but one viable in an age of extensive MotoGP coverage worldwide.

Hindsight’s a wonderful thing, and it could be argued that Dorna could have pushed harder for MotoGP teams to remain in Qatar for the two weeks between the test and the race.

However, that’s two weeks away from family for so many. On top of this, the invisible spectre of COVID-19 had yet to really take hold in Italy. It had in Japan, and thus many of the Japanese manufacturers urged enough personnel to stay in Qatar. But when facing the unknown, there’s only so much you can do to fight it.

Dorna is now working closely with governing body the FIM and the International Racing Teams Association (IRTA) to find solutions, as many hurdles still lay ahead.

In a revised calendar released on Thursday, the Americas Grand Prix in Austin is now the season-opener. Thailand, as mentioned, slots into the original date for Aragon, which in turn has been brought forward a week. Essential track works at Losail means the 2020 Qatar GP is lost to history. 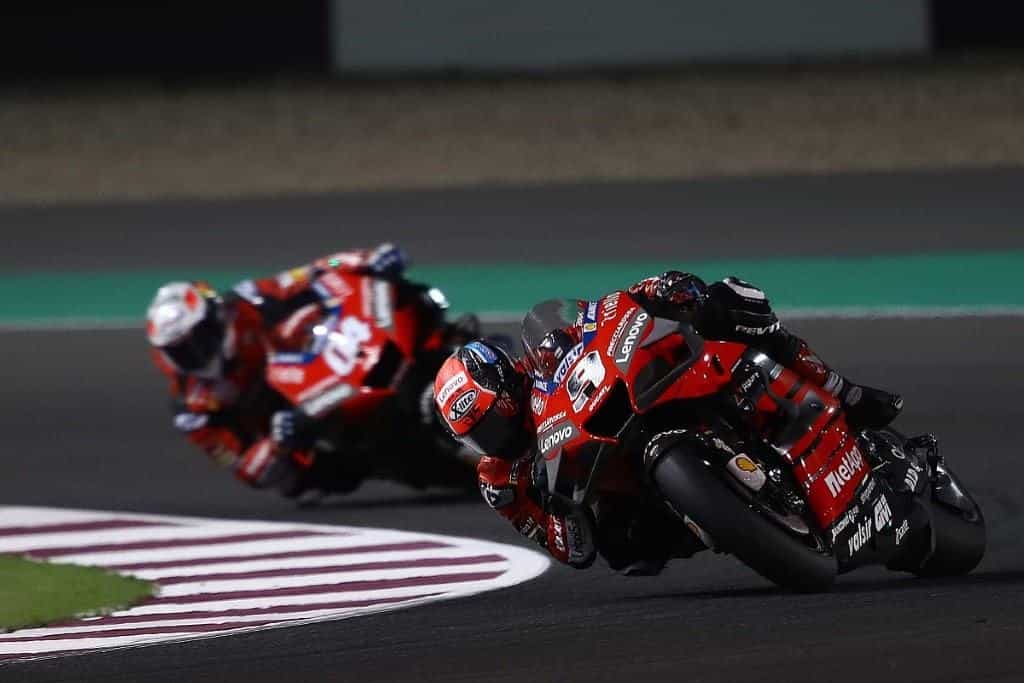 Whether Austin and Argentina happen remains a mystery. It is widely thought America is concealing the true extent of COVID-19’s impact on the country, and it is yet to make its travel restrictions on affected European countries’ known. Argentina is fine for now, but that’s only for now. Should both events be unable to run, Ezpeleta admits there is a chance to postpone them to later on.

Dorna did try to circumvent the possible Texas issue and start the season on 5 April at Aragon, with the US race moved back to September. Aragon, though, wouldn’t have been ready in less than a month to welcome grand prix racing.

Contractually, Dorna has to run a minimum of 13 races a season. Ezpeleta is steadfast in his and Dorna’s, the FIM’s and IRTA’s commitment to running all 19 remaining races. One option, and something which is being deployed in other sports, is to run races behind closed doors – in essence, keeping the fans out. A disastrous idea some 30 years ago, but one viable in an age of extensive MotoGP coverage worldwide.

It remains to be seen how circuit contracts would view this in terms of insurance payouts. It’s likely Dorna will have to offer up something if this is the case – not that it is unwilling, with Ezpeleta insisting the financial implications of running races without spectators are not a priority.

“Everything is possible,” Ezpeleta responded when asked if closed-door races were being considered. “The most important thing for us is to have a solution altogether for everything. We always say that Dorna with its agreements with FIM and IRTA, it’s a company process and this is our obligation.

“The most important thing, more important than economical things, is to make races and I ensure you with the collaboration of all the people of IRTA, of all the Moto2 and Moto3 managers, we will try to do as many races as we can.”

Should further postponements come and stretch longer into the season, Ezpeleta – with a hint of joviality – said if worse comes to worst “maybe we will race in countries where it is hot, and we’ll race at Christmas”. A comment which must be taken with a pinch of salt, Ezpeleta did also allude to the fact he had spoken to FIM president Jorge Viegas and “said he may need to postpone the FIM prize ceremony”. 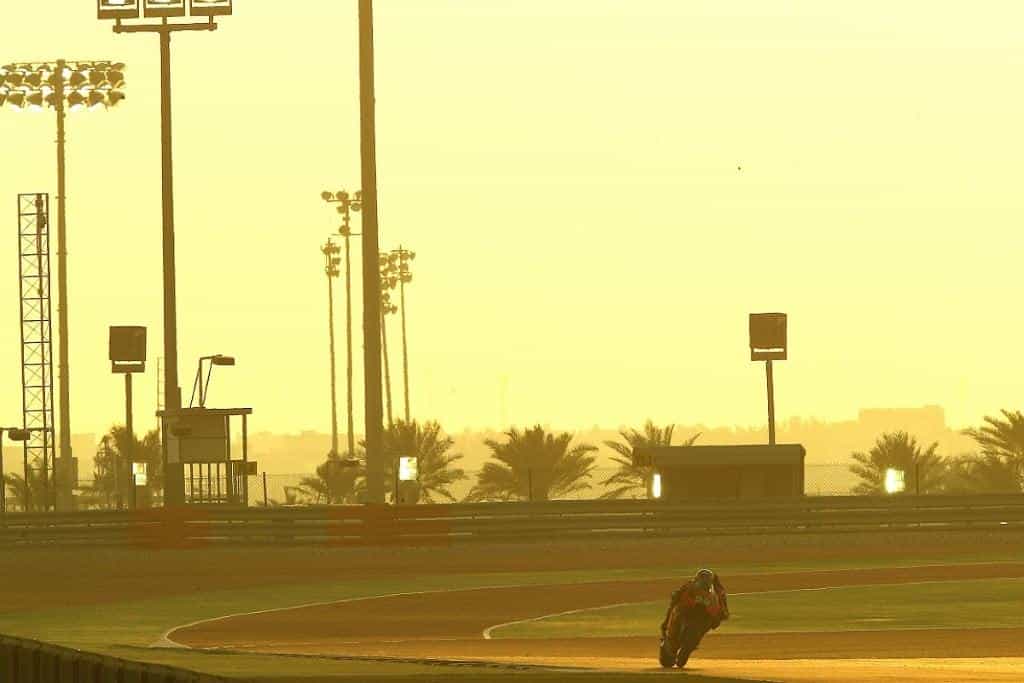 Extending the season past its 15 November finish in Valencia and scrapping the Jerez test a week later to squeeze in more races is almost certainly something that’s been floated in discussions between Dorna, the FIM and IRTA.

Dorna could have pushed harder for MotoGP teams to remain in Qatar after the test, but that’s two weeks away from family for many employees.

“It is clear, we are thinking from now and from last weekend to have as much imagination about what we can do in any case,” Ezpeleta said.

What happens next is a mystery. The outbreak is more than likely yet to reach its peak, but things may well start to improve sooner than we think.

This is making Dorna’s job harder. But MotoGP fans should take solace in its proactivity. Yes, several of its solutions to get races run may not win it favour with some, and there is a great risk of grinding teams to the bone in the event of a massively condensed calendar.

But, you’ll be hard-pressed to find a soul in the paddock whose face won’t be awash with relief when we do finally go racing thanks to MotoGP’s collective effort to push back against adversity.