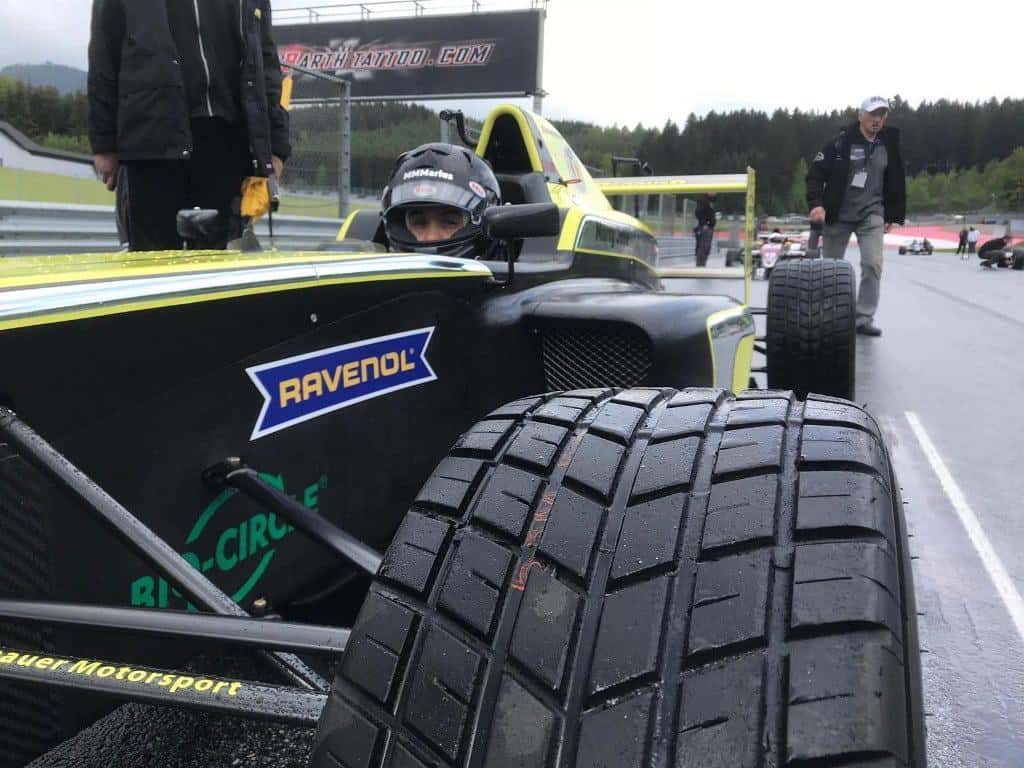 On 17, 18 and 19 May Me and the Renauer Motorsport team took part in the ESET V4 Cup race held on the Austrian Red Bull Ring. Friday during free practice I focused on getting to know the circuit and also to work on the set-up of my Formula 4 car to make a very good lap-time, the one I managed was a time of 1:34.614. In this event, there were a total of 37 cars participating, including F3, F4 and Renault 2.0 cars. 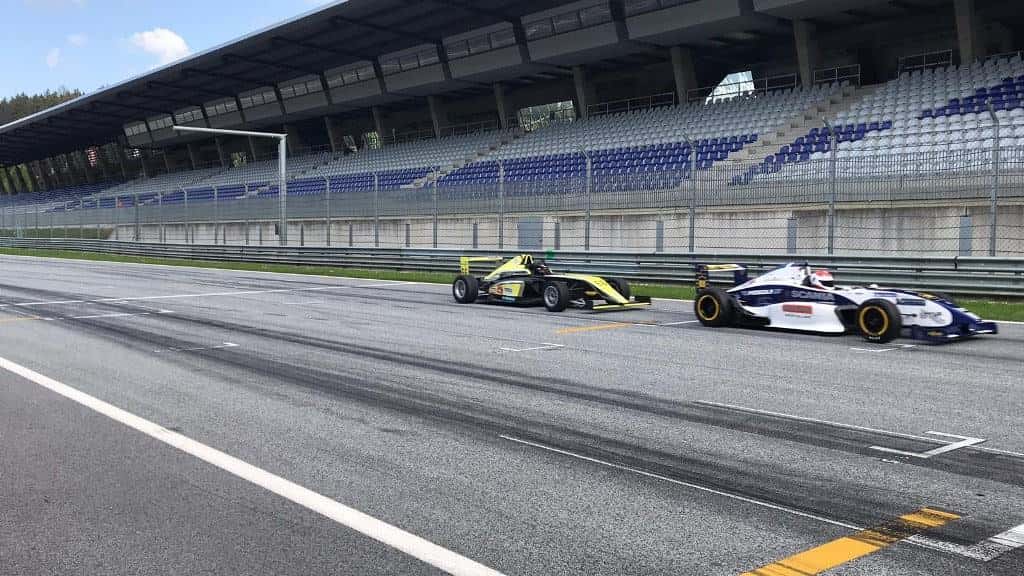 In the 2nd Free Practice I could not drive much because I had problems with the acceleration and I entered the pitlane garage so my team could fix the problem. And in the last Free Practice session  the car was working fine and I ended the day well. On Saturday the 18th of May, we were once again on the track, for a new day and also a very important competition for me. 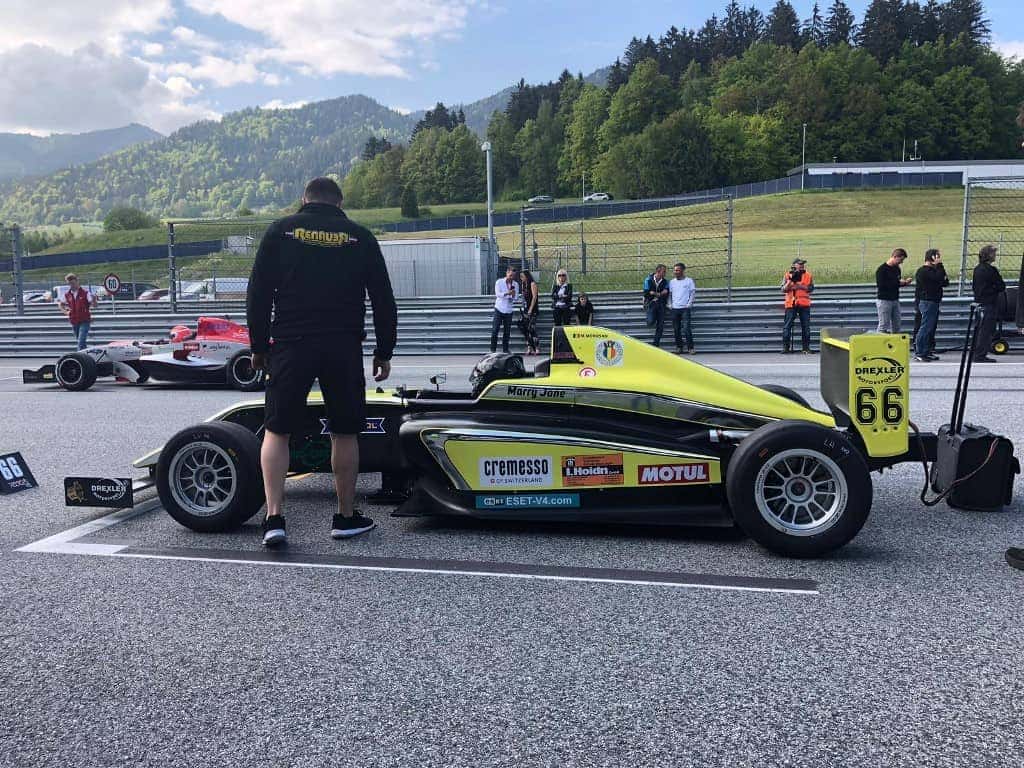 The setup of my car had been changed by me and Renauer Motorsport was better than then the setup from Friday during Free Practice. The Qualifying sessions went smoothly and I obtained pole position in F4. During the first race my start was not so good and I dropped back to the penultimate place but with very good and stable driving I managed to finish in second place in the Formula 4 class.

Now I was waiting for Sunday’s race. A new day, a new race and new chances to do well. At the beginning of Sunday the weather was very beautiful, I was ranked second in the F4 class. While waiting for the race, the weather worsened and about 10 minutes before the start of the race it started raining. 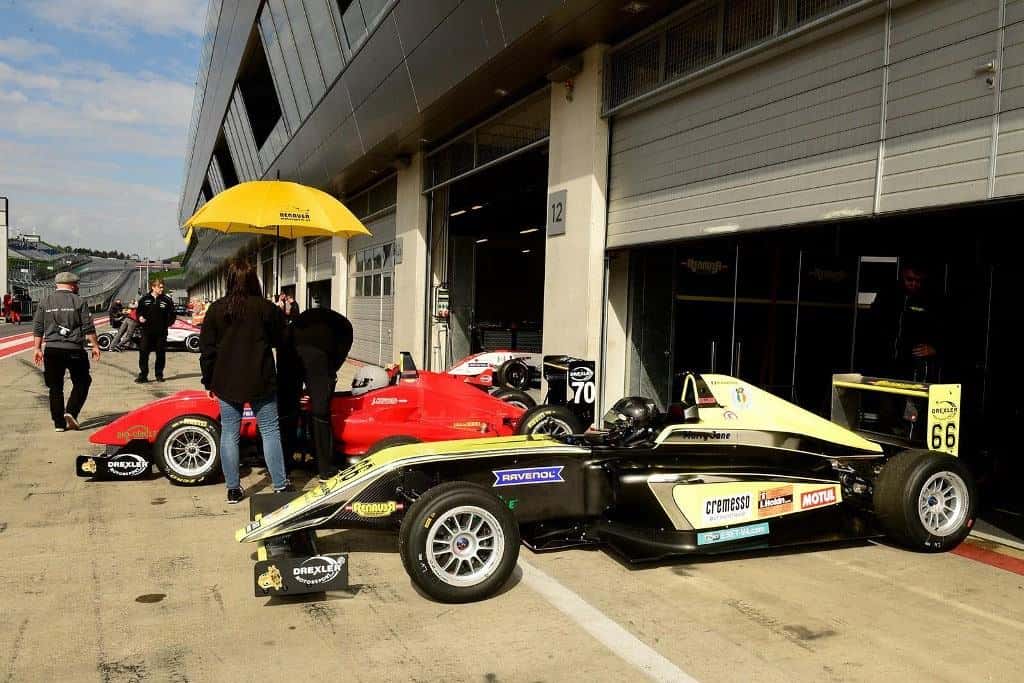 For that second and last race of the weekend I changed the setup and the tires. During the race we drove 3 laps under the Safety Car. Obviously my goals was to get the highest possible position, but unfortunately we finished second (again) in the Formula 4 class but fortunately without any damages to the car or problems that could have caused additional pit-stops.

I want to mention that it was my first race for me in the rain. For me the event delivered 3 beautiful days in which I made it to the podium in both races but most importantly I learned a lot.

Now it is waiting for the next race event. I hope that I can apply all I have learned so far this season and aim for even better results.
Marius Morosan