Max Verstappen (Aston Martin Red Bull Honda) produced one of the most remarkable on-track comebacks in Formula 1’s recent history and won the first Grand Prix for Honda after a drought of nearly 13 years (Jenson Button gave them their last victory in the Hungarian Grand Prix of 2006).

The Red Bull driver, starting from the front row alongside young Ferrari driver Charles Leclerc (together forming the youngest front row in history, with an average age of only 21 years and 256 days), had the worst start in a Grand Prize in recent years, falling from second place down to the seventh place, but managed a spectacular comeback in a car whose top speed is not very close to that of the Italian Ferrari team and the German Mercedes team. 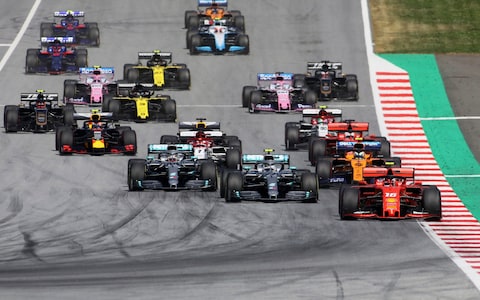 Sebastian Vettel (Ferrari), who started from ninth place, managed to move up five positions before his first pitstop, This pitstop turned out to cost him 3-4 seconds extra due to the fact that the mechanics were not completely ready with the new tires. This type of incident has not happened since Daniel Ricciardo lost the Monaco race due to a similar situation in 2016.

Later, Hamilton, who was the leader at that point in the race after several leader changes pitted to change his Medium tires with Hard compound tires (white line), passed over the “sausage curb” in the first turn and slightly damaged the front wing, which would be replaced around the 30. Lap.

After the first (and for many drivers only) pit-stop, Max Verstappen wanted to make up for his bad start of the team’s home race. On lap 50, he easily passed Sebastian Vettel (Ferrari). He then hunted down Bottas, which he passed five laps later. Did he manage to do what others did not even think?

Well, Verstappen approached leader Leclerc with fast steps, being constantly 0.5-1 seconds per lap faster than the Monegasque driver. With only five laps remaining, Max got Ferrari, but Charles defended his position in great fashion. But on lap 69, 2 lap[s before the finish of the race Max Verstappen passed Charles Leclerc with a risky manoeuvre. The two touched wheel to wheel as Verstappen had the inside line, but the incident remained without consequences for both drivers. After overtaking, Verstappen distanced himself relatively easy from Leclerc and won by a two-and-a-half-second difference. The incident was still being discussed by the Stewards of the meeting while we were writing this article, and we will come back with an update on the decision. At the end of the race, Max Verstappen said: “Races are supposed to be hard. Close racing is what the people want. If these things are not legal in racing, why would we still compete in Formula One?, it would be better to stay at home!”

Charles Leclerc had the following statement: “We will let the stewards decide. I was on the outside on that lap. The lap before Max left me room, but in the next tour he did not. I had to run wide and compromise all the chances of coming back at him.” 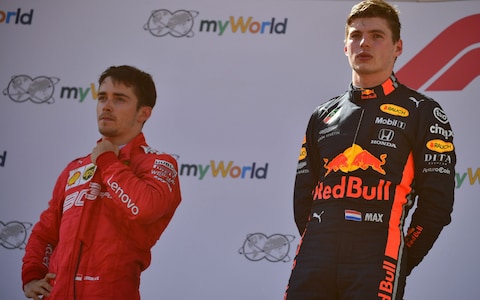