The FIA has released the findings of its investigation into the Formula 2 accident at Spa in which Anthoine Hubert was killed last August. Hubert lost his life in the multi-car accident on the second lap of the feature race, while Juan Manuel Correa was left with life-threatening injuries.

FIA launched an investigation in the immediate aftermath of the accident, the findings of which were published on Friday. The FIA deemed there was “no single specific cause but multiple contributory factors giving rise to the severity of the accident”, and found “no evidence that any driver failed to react appropriately in response to the yellow flag signal or to the circumstances on-track.” The investigation focused on four cars – those of Hubert, Correa, Giuliano Alesi, and Ralph Boschung.

In a passage detailing how the accident sequence, which the FIA said lasted 14.6 seconds, occurred, the report said there was a “reasonable probability” that Alesi’s spin, which caused Boschung and Hubert to take avoiding action, was a result of a loss of pressure in his car’s right-rear tyre. Hubert made contact with the rear of Boschung’s car as they attempted to avoid Alesi, reactions that the FIA said had started prior to a yellow flag being deployed 1.8s after Alesi hit the barrier at Raidillon. 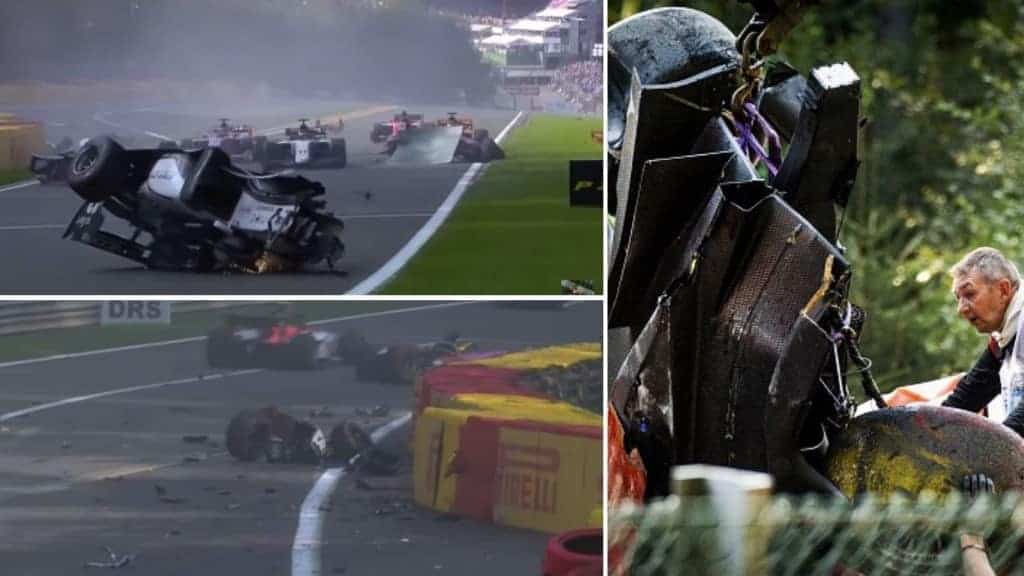 With his front wing missing, Hubert was sent towards the barrier at 262 km/h, impacted at “an angle of approximately 40 degrees” at 217 km/h, and continued to travel back away from the barrier. The report said that Correa, who suffered suspension damage and lost his front wing after hitting debris left from Alesi’s crash, was then found to have struck Hubert’s “virtually stationary” car at 218 km/h after it hit a barrier and came to rest in the middle of the circuit, resulting in a peak force of 81.8g on Hubert’s car. This accelerated Hubert’s car to 105 km/h, after which it struck the barrier for a second time before “rebounding towards the track”.

The FIA deemed the reactions of the marshals, race control and rescue services to be “timely and good”. Double-yellow flags were shown 2.5s after Correa’s and Hubert’s impact, with a red flag show 2.7s after that “as car #19 [Hubert] came to rest on track on its left-hand side”. The report said the first on-site medical evaluation of Hubert was conducted 54s after the red flag.