The FIA ​​has confiscated part of the fuel systems from three cars in Brazil. Including Ferrari. The parts will be examined. So you finally the FIA want to stop the discussions about possible tricks.  No official protest, but investigations continue.

Red Bull had stated in Brazil that they would not file a protest against Ferrari, No matter what happens. That is now a matter for Mercedes said Red Bull’s, Helmut Marko. “They know better than we do anyway,” Mercedes saw no reason to protest as they have achieved what they wanted.
Nevertheless, the topic is not off the table. Now suddenly the FIA ​​is testing the fuel systems. After the FIA had long held the view that the doubters must protest if they wanted a study of the Ferrari’s. 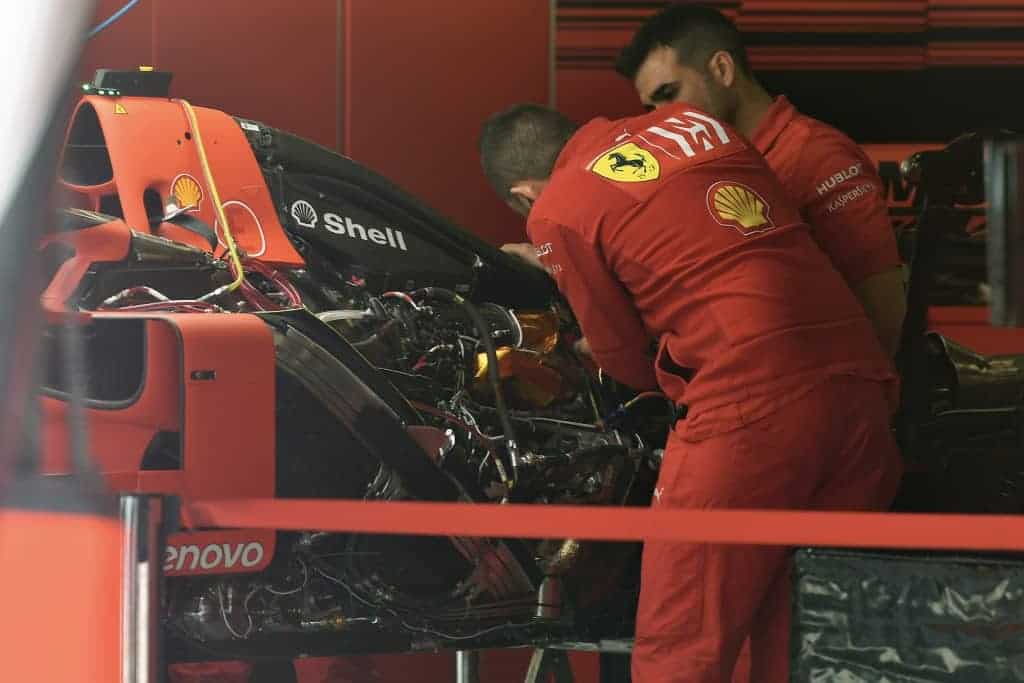 Ferrari’s rivals Mercedes & Red Bull wrote to the FIA asking for clarification regarding the power units. Red Bull set out three scenarios for the FIA, all of which were declared illegal. The FIA then issued a Technical Directive on the matter, highlighting Article 5.10.5 which states that “any device, system or procedure the purpose and/or effect of which is to increase the flow rate or to store and recycle fuel after the measurement point is prohibited.” A second Technical Directive was furnished just over a week later confirming that flammable liquid in the engine’s cooling system may not be used for combustion.

Mercedes motorsport boss Toto Wolff says it would amount to cheating if any team is found playing around with the fuel flow. “If somebody was doing what the technical directive clarified, it would have been foul play,”

Now the FIA wants to clear up the rumours due to the poisonous climate in the paddock.
That’s why the FIA commissioners in Brazil apparently confiscated parts of the fuel system in three cars. A Ferrari, a Ferrari customer team and a car of a non-Ferrari team. So you can also make comparisons.

FIA wants clarification.
The disassembled parts involved the fuel lines between the flow rate sensor and the engine. In the area, the request submitted by Red Bull, with the result that more fuel is injected than allowed by the regulations. The study will be carried out in FIA labs and will probably take a few days. If we do not hear anything until the season finale in Abu Dhabi, we have to assume that everything was fine.