Zolder 24 Hours podium finisher Alex Cascatău will be back behind the wheel of a Norma M20FC this weekend as he begins his preparation...
More
7 August, 2020

At a balmy Silverstone, with air temperature up around 28 degrees Celsius, British Grand Prix winner Hamilton was initially the faster of the two Mercedes. But Bottas, lapping on the C4 soft tires which Pirelli have been brought in for this weekend, beat him on his second flying lap, eventually stopping the clocks with a 1m26.166s, over a second quicker than Verstappen managed in FP1 at the track last week. 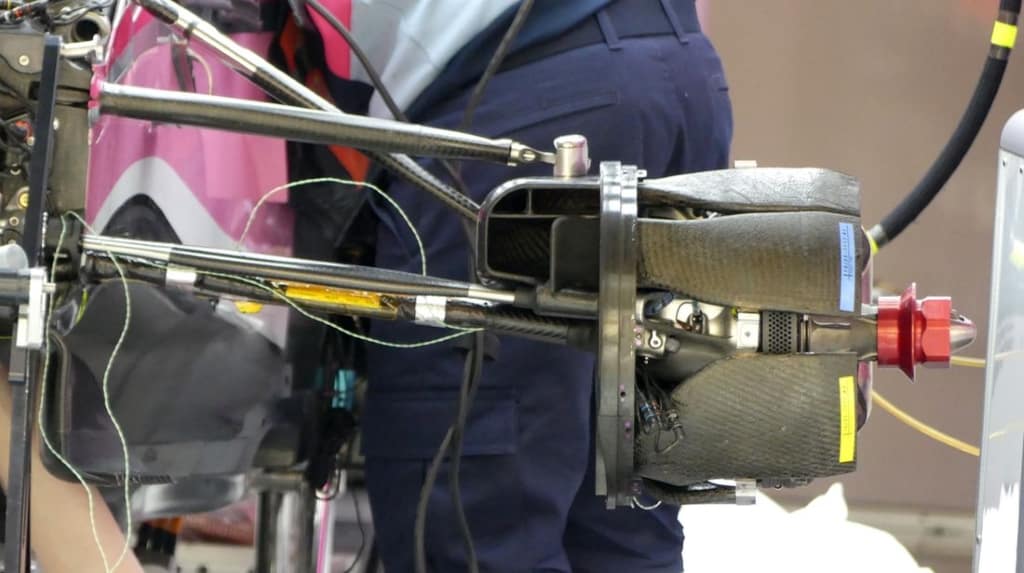 Verstappen’s time for third meanwhile, was just 0.049s quicker than Racing Point’s Nico Hulkenberg. It’s been quite the morning for both the driver and the team, with Hulkenberg confirmed as Sergio Perez’s replacement for this weekend two hours before the session start after another positive Covid-19 test for the Mexican – while Renault’s protest against Racing Point’s RP20 was upheld in the lead-up to FP1, costing the team €400,000 and 15 constructors’ championship points. 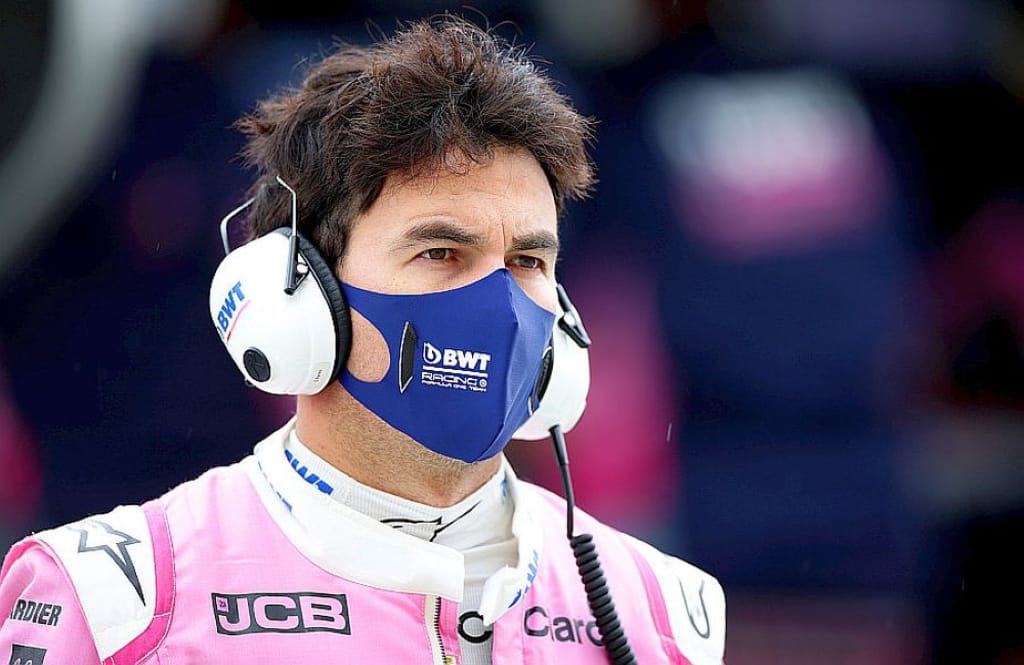 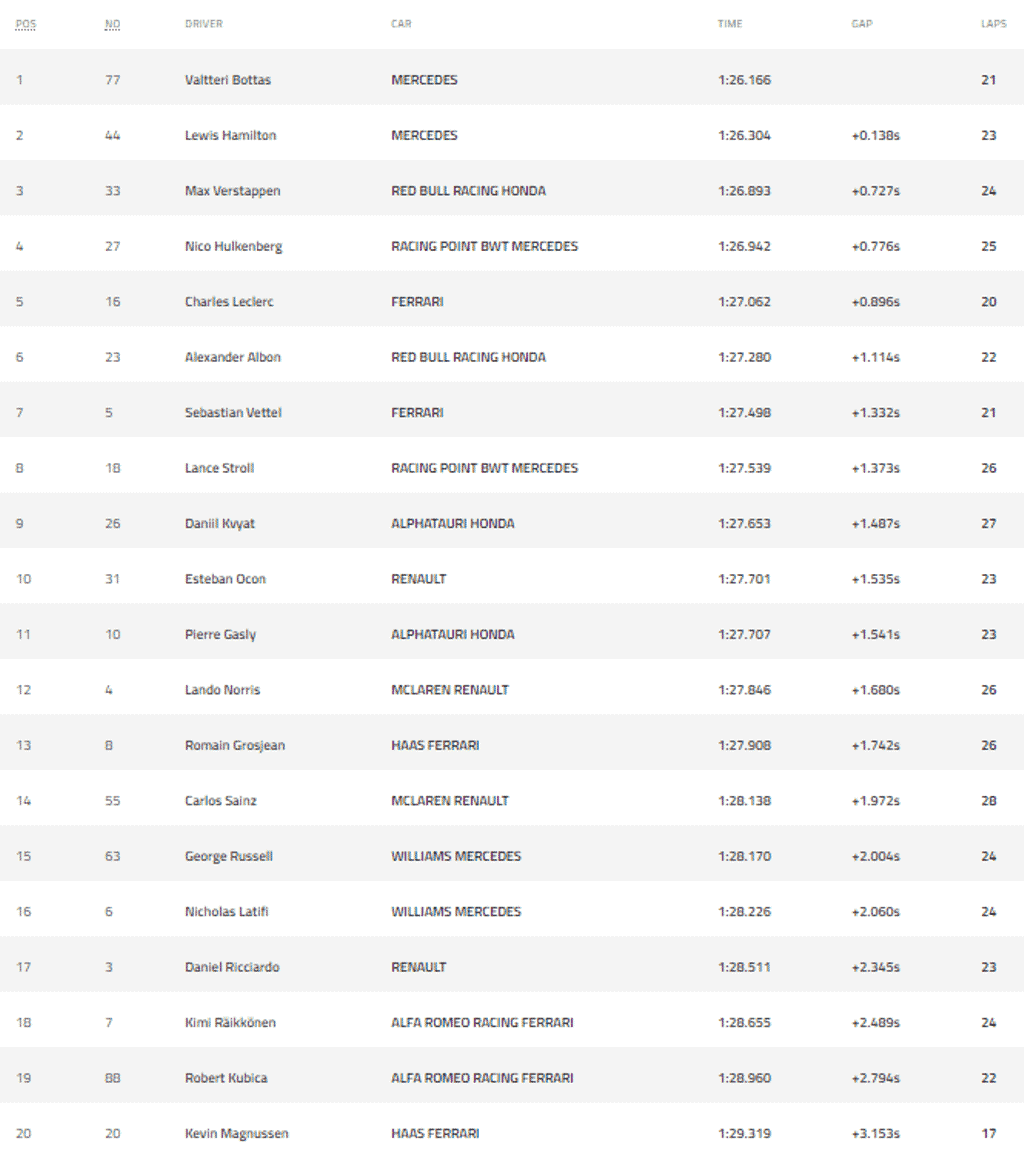 Lewis Hamilton continued Mercedes dominance at Silverstone this weekend, setting the fastest lap of the second free practice session for the 70th Anniversary Grand Prix, ahead of his teammate Valtteri Bottas. 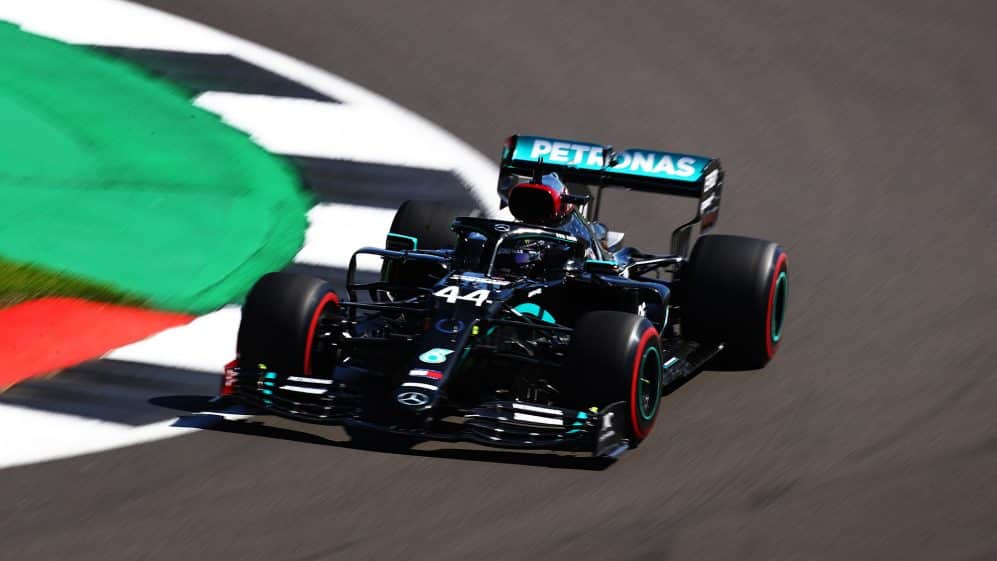 Hamilton, who had finished the morning FP1 session second to Bottas, was 0.176s quicker than the Finn, with Renault’s Daniel Ricciardo an impressive third fastest, 0.815s off Hamilton’s leading pace.

Further down the field it was another difficult practice session for Sebastian Vettel – who missed almost the whole of FP1 at the British Grand Prix last week with technical issues – as his Ferrari suffered an engine failure late on.

Vettel’s stoppage was the notable incident from the session as he pulled over at Turn 9, his SF1000 spewing oil on the track surface, which triggered a Virtual Safety Car. Before his issue, he had only managed the 14th quickest lap, while his teammate Charles Leclerc finished seventh overall, 1.2s off Hamilton. 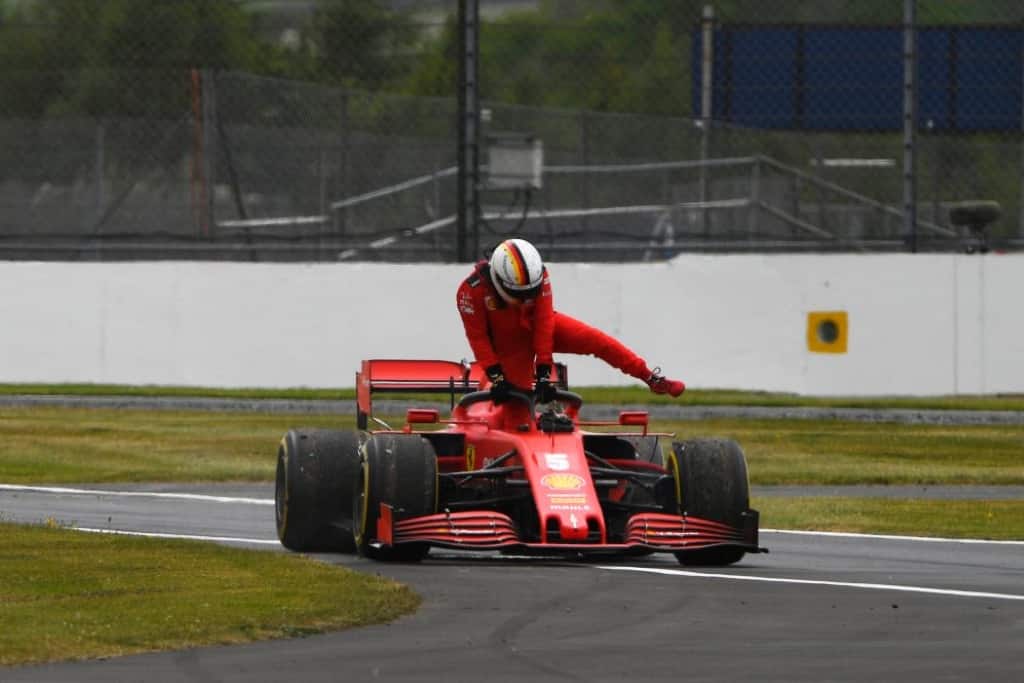 The defending champion and winner of last week’s British GP set his fastest lap of 1m25.606s on the medium tires to leapfrog Bottas just after the 60-minute mark, and Ricciardo managed P3 with 40 minutes remaining when he bolted on the fastest soft tires.

The Australian’s lap came after he said on Thursday he was targeting one-lap pace to improve Renault’s qualifying performance, and give them the best chance possible to repeat his P4 finish at Silverstone last weekend.

The big talking point of the day was the result of Renault’s protest of the Racing Point brake ducts, with the stewards announcing they had upheld the protest on Friday morning.

But while the team management was reacting to that news, the drivers had to get on with the job on track, and Sergio Perez’s stand-in Nico Hulkenberg finished the afternoon session P6, just over two-tenths behind fifth-place teammate Lance Stroll. The midfield battle continued to be super close, with just half-a-second splitting sixth-place Hulkenberg and 15th-place Romain Grosjean.

Ahead of the Racing Points was Red Bull’s Max Verstappen, while teammate Alex Albon finished 11th behind Renault’s Esteban Ocon. Renault were the only team to run the hard tire for long periods on Friday afternoon as others focused on long runs using medium and soft tires – which are one step softer than the tires used in last week’s British GP.

Charles Leclerc managed 32 laps to go seventh-fastest behind Hulkenberg, with both McLaren drivers – led by Lando Norris, a tenth faster than Carlos Sainz – in P8 and P9.

AlphaTauri’s Daniil Kvyat finished ahead of teammate Pierre Gasly as they occupied 12th and 13th, ahead of Vettel. Kvyat managed a session-high 33 laps and was narrowly slower than Red Bull’s Albon.

George Russell was again quicker than his Williams teammate Nicholas Latifi and both Alfa Romeos, ending the day 16th quickest ahead of Kimi Raikkonen and Haas’ Kevin Magnussen.

In last was Antonio Giovinazzi for Alfa Romeo, whose C39 car stopped on the run off at the Maggotts-Becketts complex in the last few minutes of the session with what appeared to be an engine issue, which brought out the red flags to end the day’s running. 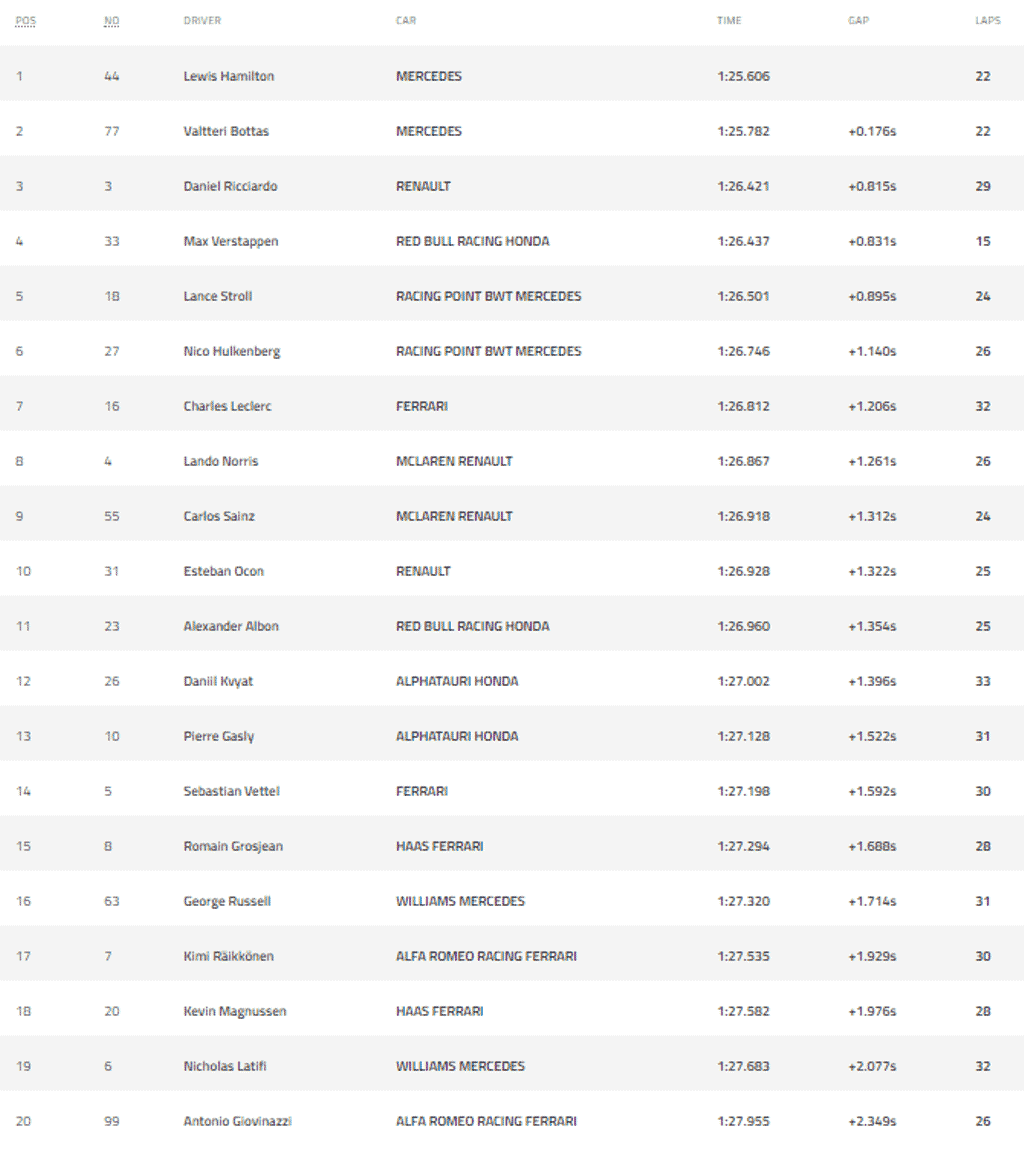 Next up for the drivers is FP3, which begins at 11am local time on Saturday, before the qualifying hour at 2pm.